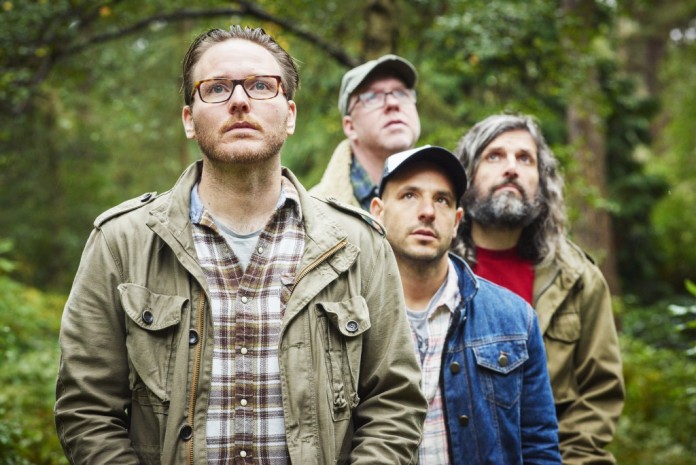 Formed by Olly Knights and Gale Paridjanian at the turn of the millennium, Turin Brakes picked up a Mercury nomination for their debut album, 2001’s The Optimist. With strong close West Coast influenced harmonies, it set the template for future releases.

Out now, Lost Property, the band’s seventh studio album, finds the Brakes playing to their strengths and winning over critics. Of reading the reviews, Olly says: “Most have been pretty great so that’s really nice, I won’t lie.”

How does the new album compare (or differ) to its predecessor, We Were Here? Did you approach the writing and recording in the same way?

The production is an obvious step towards from We Were Here, but is related for sure, you can tell it’s the same people at the controls. The writing was a little more free, we had a very clear agenda for the previous album, the only real agenda for Lost Property was to fully explore each idea to its limits and to be as ambitious as possible, no holding back.

Both Rob Allum (drums) and Eddie Myer (bass) have been part of Turin Brakes for many years, but are they more increasingly part of the writing/ recording process now?

Yes. They are more involved in the writing now, we used to use them more like session musicians in the studio but now they get to help us keep or veto ideas and even come up with lyrical ideas or arrangements. It’s great for me and Gale, far less lonely and the whole atmosphere around the band has become revitalised.

Can you tell us a bit about the first track to be released from the album, Keep Me Around?

It’s a real Turin Brakes pop song in the tradition of Fishing For A Dream or Painkiller. At first it seems like a pretty little earworm but then you realise the lyrics have depth and are quite metaphysical in their theme – this is a trick we’ve always loved, the growth of meaning through repeated listening.

Any ideas if there’ll be another ‘single’?

Hopefully yes, we are currently debating it so too early to say but we might do a little radio re-mix on whatever we choose like we did with Keep Me Around so it really pops out of the radio speakers in a cool way. It’s different treating a song as a single; when it’s an album track it needs to fit the bigger picture, but on their own you can have some fun with how they’re presented.

You came up at the turn of the millennium alongside a wave of great acts – people like Matthew Jay, Kings of Convenience, Ed Harcourt, Starsailor, Elbow – who all seemed to place a high value on the art of songwriting … would you say that’s a fair statement?

I think the technique of songwriting is still held in huge regard even by today’s pure pop acts, you may choose deeper subjects to write about as I guess many of our peers did but the craft is still being honed. I think we all came from a place where the emphasis was on being original and true to yourself, sometimes I feel people have been a little too influenced by the X Factor thing of style over content in more recent times but scratch the surface and you’ll find artists still pushing their own language, just maybe not so much in the current mainstream like we all were in the early noughties.

Any thoughts on album number eight yet?

The better things go with this one, the more we want to make a new one, that’s all I can say.

You’ve collaborated and written with other acts, most famously for Take That (with Here from 2008’s Circus). Have there been any other collaborations recently, or any writing for others coming up …?

We write with other people a lot, George Cosby, Cousin Marney, Thomas Dybdahl and Tom Speight are all people we’ve had a great time with recently who are on their way to big things.

You’ve played the The Glee Club a few times in the past (at least twice: 2013 and 2010) – any anecdotes about previous appearances at the venue?

Our first time we played there we realised our roadie at the time had forgotten to pack loads of really important gear so we had to perform without all our bells and whistles. Worked a treat!

What are your plans for the coming months outside of this tour?

To expand our fan-base and see the world again.