In Virgil’s The Aeneid the eponymous refugee hero and companions flee the sack of Troy. Storm tossed to Carthage shores, he and the besotted Queen Dido become lovers. The gods, however, have other designs.

As Theseus with Ariadne, Aeneas shamefully departs one dawn without her. Wracked by grief, Dido is consumed first by madness then self-immolation. The pall of rising smoke from her suicide pyre a condemning adieu to her capricious lover. 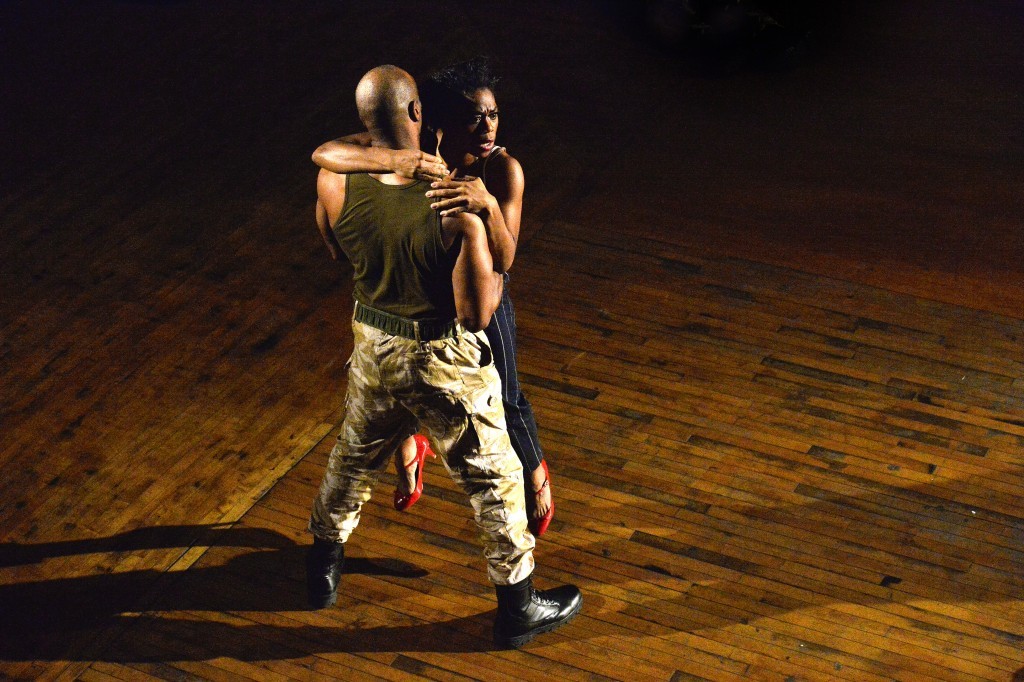 Opera’s transcendence from reality through musical narratives of allegory, symbolism and metaphor to a higher metaphysical state can reveal hitherto hidden truths within the universality of the human condition. That’s all very well. Here at Birmingham Opera Company they just like to give it a bit of asymmetric spin sufficient to leave the audience with the aesthetic equivalent of being duly rogered in an industrial blender.

Theirs is a seamless ensemble of shamanic intensity, they’re also a bit fly, very fly. An alt documentary fly on a graffiti-dripping wall scribbling liminal and subliminal insistent cyphers across our collective psyche. Urgent, urban guerilla dark-ops opera, immediate and intimidatingly angsty – out to get you. So, this take on Purcell’s baroque masterpiece, Dido And Aeneas, is understandably (just about) somewhat liberal in its contemporaneous settings and troubling themes. Theme one, presumably that all men are bastards! But so much more. 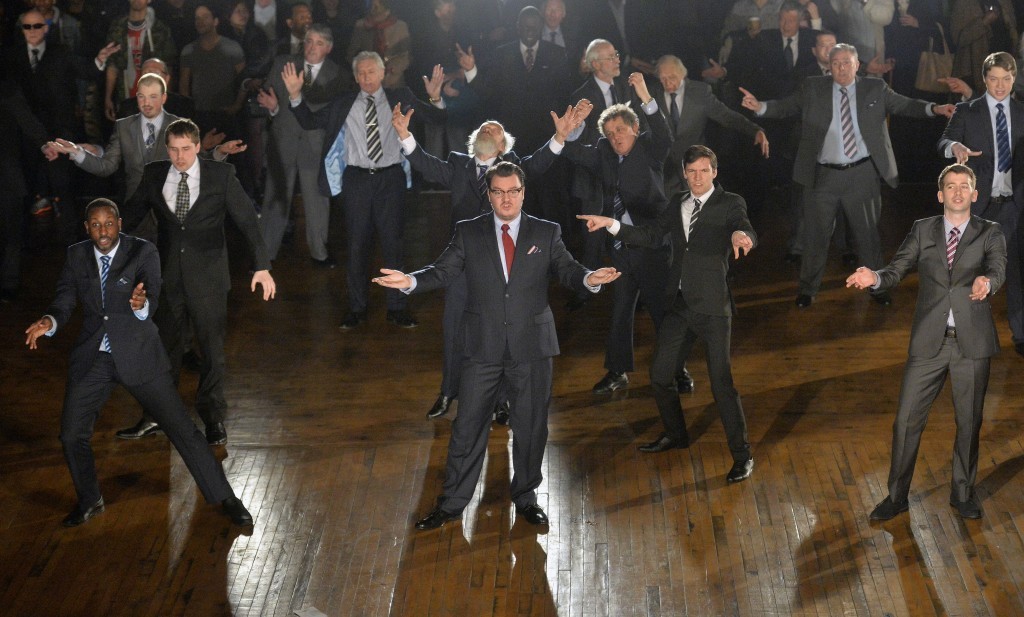 Director Graham Vick’s brazenly naughty adaptation is, as ever, hands on. In one interlude the audience partner with the cast in a sarabande dance. It fulfills every default BOC expectation of being subsumed in a fantasia of surreal, sometimes troubling, delight. The principals and musicians are professionals, the ensemble cast there just for the love of it. Though the former are lovely as well!

The venue’s two level spacial dynamic (the once Hummingbird/Ballroom/Carling Academy) is exploited with daring fluidity and vibrant transitions. Chorus, actors, dancers and principals buzz and bother, flit and flutter like sugar-rush faeries. 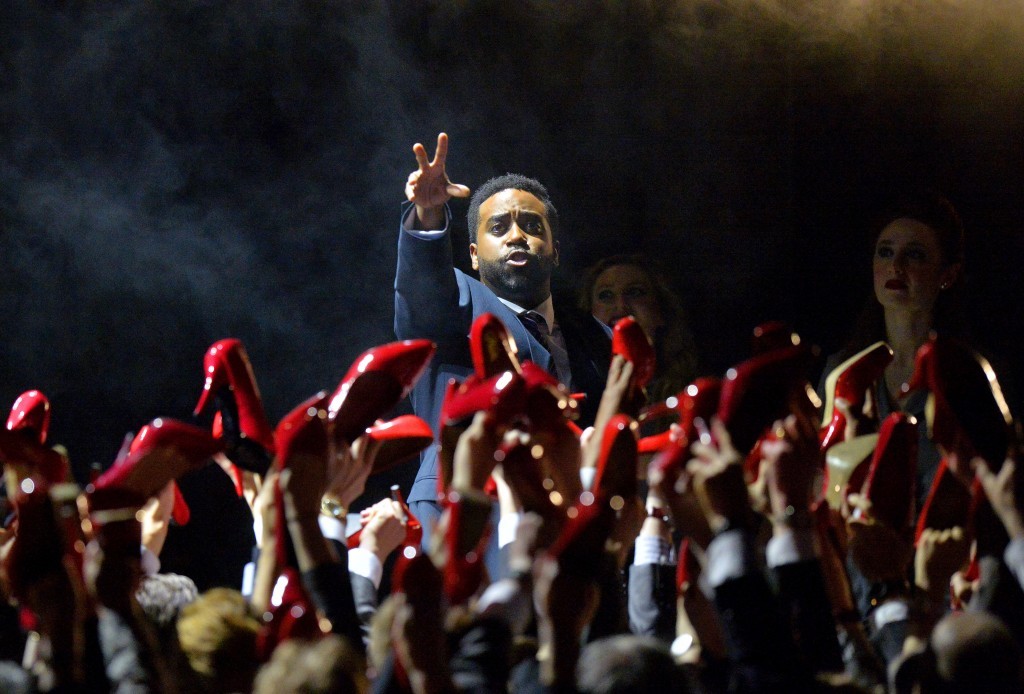 Mezzo-soprano Chrystal E Williams as Dido is a welcome return to BOC. In svelte executive pin-stripe suit, she declaims from the upper-gallery sound-booth, provocatively entwined, between multi-core cables. She encounters her shipwrecked, amorous nemesis, Aeneas, Eric Greene (baritone) as he and his orange life-jacketed refugees from the Trojan War debacle seek her sanctuary. The potent symbolism of these refugees’ life jackets lends a twisted irony where thousands of migrants are still being sold fatally useless ones. A counterfeit promise of hope they will see further dashed on the clashing rocks of increasing xenophobic retrenchment.

There’ll be no spoilers in this review and every gig is a sell-out. Though Tai Oney’s (countertenor) sorceress/spirit on retro microphone is so outrageously kitsch and camp you’ll be rushing out to buy your very own red stilettos. 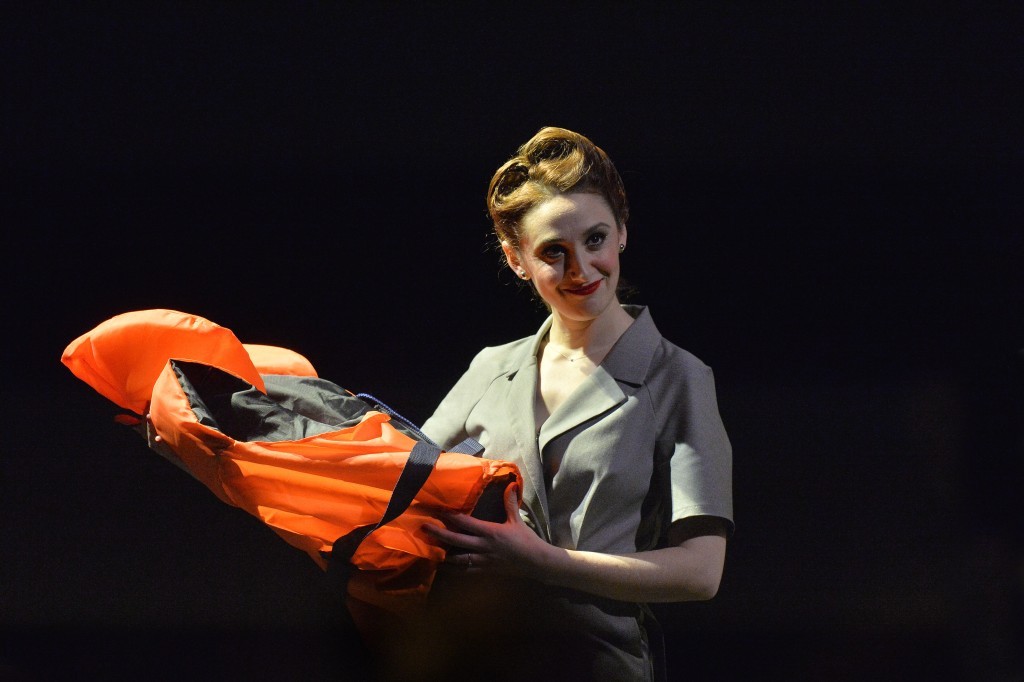 The tear-wrenching demise of Dido is a scene to be forever scorched in to the collective consciousness. You may need to cry, it’s allowed…”Cupids to scatter roses on her tomb, soft and gentle as her heart, keep here your watch, and never never never part.” The coincidental, calculated resignation of Ian Duncan Smith did little to ameliorate the fact that on leaving the opera there were still poor people to step past. Feverishly fertile, visceral mosh-pit alt opera at its finest.