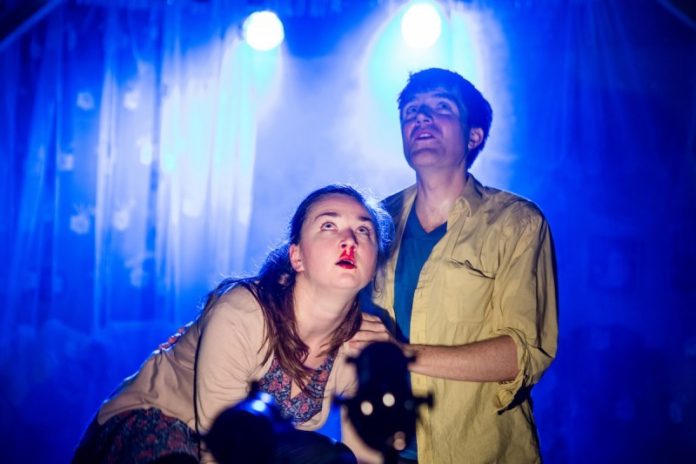 John Kennedy dusts off his best puns and looks ahead to performances of Enda Walsh’s scintillating play.

Two porcine young pretenders, Darren and Sinead, aka Pig and Runt, on the cusp of their joint 17th birthdays, are trotting out to mark it with celebratory abandon. The grand old city of Cork awaits their naive innocence with predatory relish. So far, their lives have been mostly all pork and no action. What was once adolescent misbehaviour now becomes rasher. (Don’t push it!)

Enda Walsh’s script is crackling with barbed “jabbering energy” (The Guardian), leading to an ultimate walk-the-pork crunch-time denouement that Pig and Runt could never have dreamt of. The big bad wolf is about to blow their house of straw down with a howling, dark-comedic dash of reality. Will Disco Pigs’ hits include Gammon Feel The Noize? Songs from ABBA-toir? Or even The Sty-listics? There’s an impending whiff of nemesis hanging over our protagonists’ fate in Burning-ham! (You’re fired!)