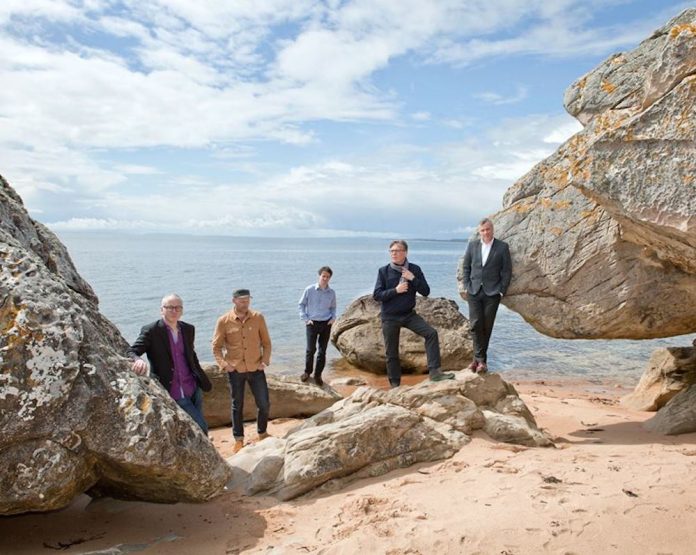 The bittersweet sigh that greets a summer’s end. The propulsive, but pleasant, guitar riffs that intertwine like the open bends of a scorching highway. The harmonies, so haunting and carefree, that create a subsonic spell and a wistful pang in the back of the throat – Teenage Fanclub do all of these.

The worry, though, is that when a band as revered and anointed as Teenage Fanclub wearily wakes up from its sustained sabbatical – it’s been six long years since 2010’s illustrious, but inoffensive, Shadows – the legacy can be tarnished rather than treasured. However, any doubts – no matter how minute they were – are cast away as soon as ‘Thin Air’, the second single from their forthcoming album Here, quivers into view, a song that takes all the breezy bullishness of their finest work and still, somehow, keeps it contemporary.

‘Thin Air’, like ‘I’m In Love’ before it, enters the Fannies canon with such ease that it’s hard to imagine it hasn’t been around as long as they have. Led by bassist Gerard Love, his delicate, nimble vocal work is bristled with the five-piece’s seemingly unconscious ability to shape structurally, and aurally, stunning harmonies. “I feel a change in my heart and soul,” Love sighs, as Norman Blake and Raymond McGinley’s guitars, fuzzed and buffed to a summer sheen, glide along and wrap around one another like multi-coloured kites.

The best part of Teenage Fanclub is their ability to coagulate a joyous jolt of happy, high-tuned work with a pleading sense of pathos; ever since they perfected their formula, sometime around the peerless, muscular melodies of 1995’s Grand Prix, their songs tug at the heart while pleasing the mind, mixing nostalgic longing with a familiar sense of comfort. ‘Thin Air’ is no different, as Love implores a need to “take a chance on something” as the chorus hits full pelt, distortion flickering rather than blazing as the song swoons and sways like reflective ripples, ever growing into the distance.

Here is the sound of a band making a statement – of importance, quality and relevance. With its mix of folky introspection and sun-drenched distortion, they’ve succeeded. “I’m just needing the life that shapes the shadows of the space we share,” sings Love. “Before it slips into thin air.” As the song reaches its apex, a glorious guitar chug that feels like a six-stringed hug, it’s like the feeling of loss and love – like the band themselves – has never gone away.

Here is released on Friday 9 September through Merge.