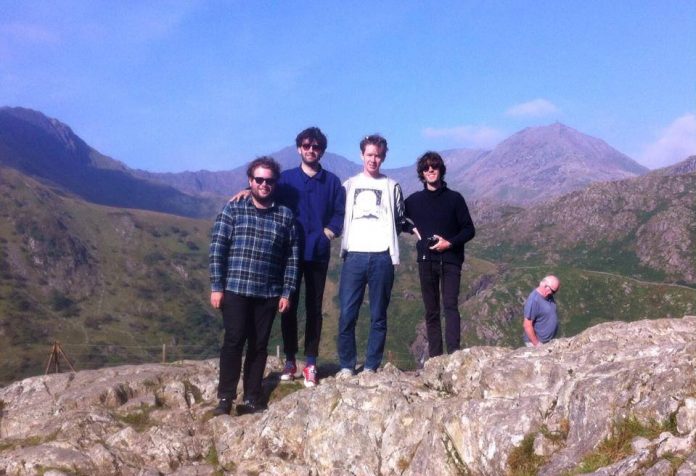 Ryan Murphy sounds nervous, yet hopeful. His head pokes around the decaying door as the sounds of bags are packed with aplomb. He looks around, shifting, tugging at his Talking Heads t-shirt and noticing the drywall’s worsened. Finally, he eventually speaks. “Are you sad to be leaving?”

Transition is a prominent, and sometimes perilous, part of growing up. Growing up is fine…moving on, however, isn’t. While some see the latter as an opportunity for independence and an articulation of ambition, others fear it’ll mean the inevitable loss of contact, the downward pull of the punching clock and the shrinking circle of drinking deities. It’s all neatly narrated here on Hooton Tennis Club’s newest single.

With their hearts pinned to their charity shop sleeves, Murphy and co offer an internal narrative to saying goodbye to a cherished flatmate. “These walls will fall down,” the singer asserts as the titular character tries to reason she hasn’t been here long enough to warrant such wondrous sentiment. Before it can drip too heavily with sentimentality, though, there is a stunning segue that ploughs through the pathos with fuzzy aplomb (no doubt aided by the crisp production of indie lynchpin Edwyn Collins).

The group still harbour the slacker-drowned sorrow of a post-adolescent emotional wrestle, where no one is victorious and the bruises are plain to see, but within ‘Katy-Anne Bellis’ is a resurgent maturity. The tyre marks from Pavement are still imprinted onto their idiosyncratic fretwork, but Murphy’s passionate delivery plumbs new emotional depths.

“We’re only down the road if you need us, oh won’t you come and see us?” Murphy assures and asks, uncertain and proud in equal measure. Katy-Anne might be moving on to pastures new, but by giving us this song, it confirms a young in flux isn’t such a bad thing after all.

Big Box of Chocolates is released on Friday 21 October.