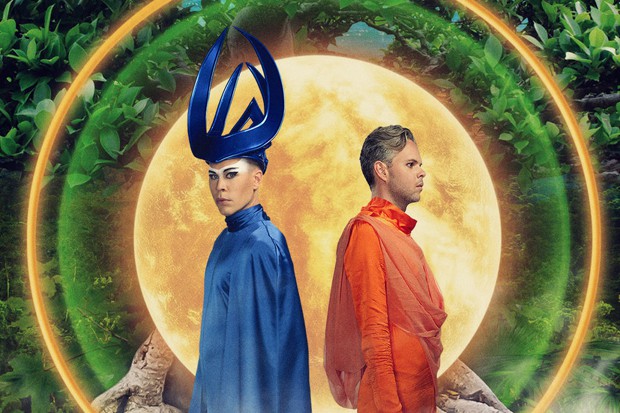 The end of the summer is a moment to pause and take stock. That period of humid hubris, rudimentary road trips and feverish festivals is a time for innocence to be lost, relationships to be renewed and memories to be made. As the sun sets on another September, did we get everything we want, and did the good times outweigh the bad? This is something Empire of the Sun want to know.

Like those initial thoughts and ruminations on a wild and wilting summer, Empire of the Sun seem to occupy a welcomed part of the season’s demise. Like weary travelers returning from global jaunts away, Luke Steele and Nick Littlemore stand over the wreckage of those sun-drenched sojourns, overviewing the debris and detritus, and making sense of the emotional impacts. It seems with every end of the summer, they arrive with a fizzy, floor-filling thunderstorm of life-affirming wonderment, and thankfully 2016 sees them return to doing what they do best.

‘High and Low’, the first taster from their upcoming third album Two Vines, takes everything good about Empire of the Sun and leaves it to linger in its own wistfulness. Apparently inspired by a girl Littlemore knew, the wonderfully monikered Alice D (probably the best sobriquet since ‘Diane Young’), the band aimed to incite those youthful feelings of innocence and bravery. They do that with aplomb, but, more than ever, there is a keen sense of bittersweet introspection that cuts through the chorus’ pounding shuffle, as Steele laments: “if I had my way, I’d never let you go.” With that statement, those feelings of adolescent longing and ambition combine in crushing fashion.

Before that, though, Steele beams when discussing venturing “down where the summer and the late nights last forever” over reflective, but riotous, acoustic guitars (the kind that made ‘We are the People’ so irresistible). As these reflective motifs give way to booming synth pads, you can almost taste the sun-drenched desire, the stunning sunsets and that feeling of young adulthood creeping into the distance.

“I feel most times we’re high and low,” comments Steele on the song’s apex. Maybe so, but the former is certainly outweighing the latter.