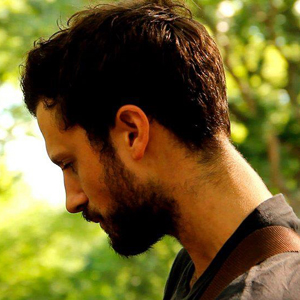 Never let anyone tell you that rock‘n’roll, funk and mandolins can’t share the same stage, or that songs about Mark Twain and calling your boss a narcissistic bastard don’t go together, because there’s a sell out audience at the Bull’s Head for tonight’s Brum Notes July Issue launch that would undeniably disagree…

After Neil Ward of Two Fathoms beckons the audience closer with his feet, this one man act launches into a set of genuine and hilarious anecdotal love songs. Bordering somewhere between romantic misanthropy and stand-up comedy, the Brummie songwriter’s lyrics are a mixed bag of getting shitfaced, shitty girlfriends and shittier bosses. Accompanied by a tight acoustic rhythm style and a naturally high and refined vocal, Neil Ward is a far cry from your soggy bottom folk singer wannabe.

The five-piece ensemble Midnight Bonfires are possibly the smiliest band tonight, and rightly so – they have a mandolin. They’re also blessed to have great vocalists all-round. David Langley’s falsetto merges with Rick Hughes’ soulful rasp, putting their sound somewhere between The Shins and Bon Iver. As a three-part vocal harmony leads into the jaunty mandolin overlay, it’s clear why they’re so happy. They’re absolutely owning this packed out gig with their own brand of indie-folk.

The Cedar House Band are like the Beach Boys on steroids. Their dirty blend of old school rock‘n’roll and anarchic-punk makes watching them like peering through a window into the 1950s, only to discover that Dee Dee Ramone time travelled and fucked everything up somehow. They perform a cover of Surfing USA, a smokey 12-bar blues piece called Jukebox and end their set with flailing limbs, Doc Martin stomping, and guitar solos that descend into nothing but pure noise. 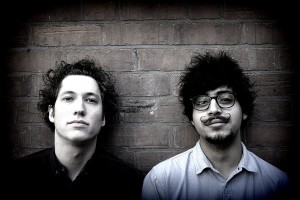