When the Radkey brothers were born in the mid to late 90’s (yep, the youngest member’s only 16 or so…good grief), the various groups that clearly influence them (MC5, Stooges, Motorhead) were already well into their third or fourth decade of fame. Of course to the band all this shit still sounds new and fresh no doubt, which probably explains one of the most joyful and energetic performances the Hare and Hounds has seen for some time.

Kicking off (and that’s a pretty apt description) with Out Here In My Head, a ferocious 100mph blast of primal punk, the band starts the show the way most would finish, giving it everything they’ve got. Like a man possessed Isaiah wrestles with his instrument (steady ladies), a twisting, jerking blur of bass whilst brother Dee alternates between a surprisingly deep vocal and some truly larynx-shredding screams. Dee can play a mean guitar too. Perhaps contrary to the punk ethos there are some complex riffs in there and if the odd homage to Hendrix creeps into some of his stage moves, it’s not entirely unjustified. This kid is how old? 17? 18? Hmmmm…imagine what he’ll be like in his mid-20s. At the back, drummer Solomon somehow keeps pace with the mayhem seemingly without breaking into a sweat.

The goth punk of Feed My Brain gives way to one of the band’s crowning glories to date, Start Freaking Out, three minutes of full on mayhem designed purely to get you to bang your head clean off its shoulders. One bloke did just that. It’s probably still lying there under the stage right now. It came a close second to Romance Dawn though, a deceptively simple but actually bloody smart punk blues number that’s insanely addictive. Face to face and almost on their knees, Dee and Isaiah trade licks as the crowd at the front go suitably mental. With no stage door to exit from, the band hides behind speaker stacks and drums as calls for an encore build. They duly repay this with an explosive cover of another of their inspirations, Misfits’ Last Caress.

Radkey is already a great band and this was a truly groin-moisteningly great show. Sure they wear their influences on their sleeves but most importantly they wear them well. What’s even more exciting though is what these dudes could go on to do in the coming years… 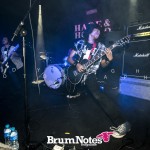 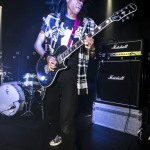 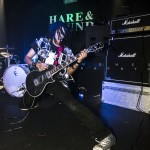 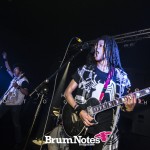 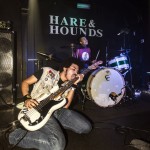 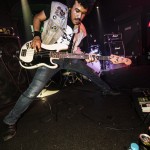 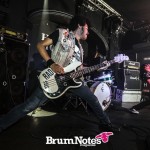 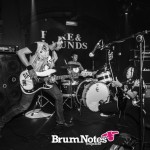 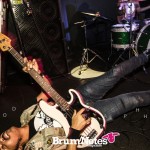 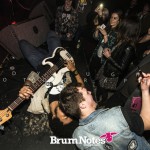 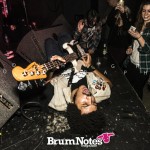 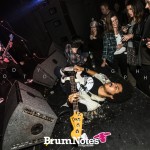 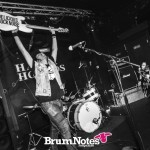 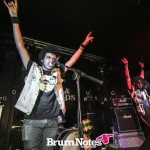