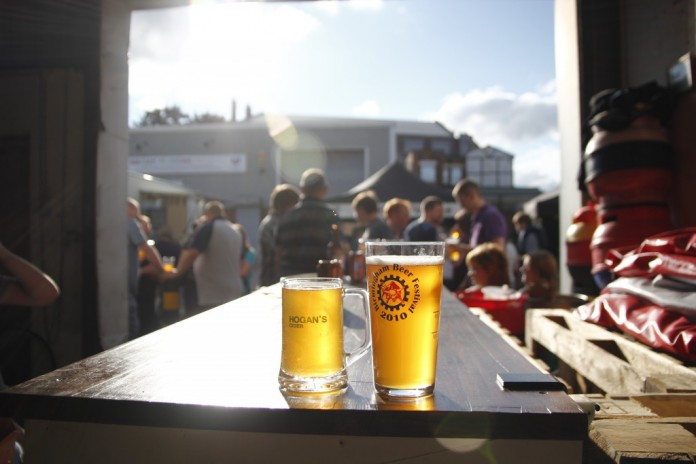 ‘Nosh Up in a Brewery’ – the latest brainchild of BrumYumYum, a collaboration with Two Towers Brewery – measures pleasingly up to the madcap organisers’ usual weird-good standards: this time, Storage Hunters meets church hall under hippie siege. Bar the unforgivable toilet signage (“ladies’ powder room”), the vibes are good: unselfconscious and – despite (or perhaps because of) the car boot sale-style setting – comfortable.

Above all, each great pint cranks two glorious fingers up to your five-pound-a-bottle pubs. Two pounds fifty. For pale ales that taste like charred mangoes (Chamberlain) and spice (Electric), and knockout porters that are more meal than drink.

It was exciting to see poutine – Canada’s much-instagrammed version of chips and gravy; as wikipedia warns, not to be mistaken for Putin – make an appearance in Birmingham, especially served by the freshest of street food faces (still in university, respect!). The story is impressiveness without refinement: crashing waves of full-bodied umami, each building on the last until your whole body sings with an almost school-dinners meatiness. Plus, a sneaky, tingling spiciness that teams up – faintly threateningly – with the chips and gravy powerhouse. But it needed balance. Even the most outrageous comfort foods, late-night feasts and hangover breakfasts feature a contrasting character – as much to underscore the outrage as to counteract it (the epitome: avocado in a bacon sandwich). Caribou Poutine’s ‘Say Cheese’ cried out for handsome chunks of glazed roast beetroot, or sharp, fruity chilli chutney.

Poutine in fact raises questions about the sanctity of the cult dish: beyond the belt and braces administration of piles of tasty and fashionable toppings (see: pulled pork), can it be tinkered with? How much? Poutine’s construction – chips, curds, then doused in gravy – is utterly central to its identity. But would a crispy chip – swooped into a pot of gravy or skated around in it in the bottom of the box – improve the experience? (No claims to have the answers.)

From shapeshifter chef Cyd of Pimpernel’s Delights, glorious slow-cooked pork belly: not pulled but bouncy, braised beautifully in Two Towers’ sweetshoppy ‘Complete Muppetry’ (which I’ve swooned over before) and rounded with flavours of citrus peel and spice. Add mash – deliciously unpolished and boldly mustardy – and some silky, aniseedy onions, and it’s as easy-going and easy to like as Nosh Up in a Brewery. 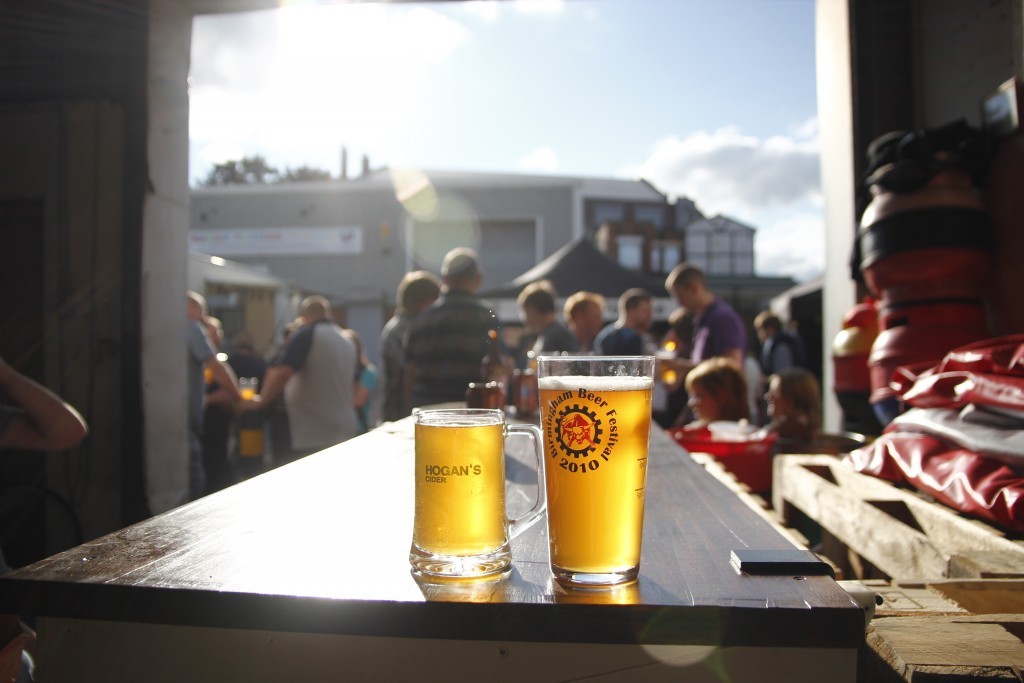 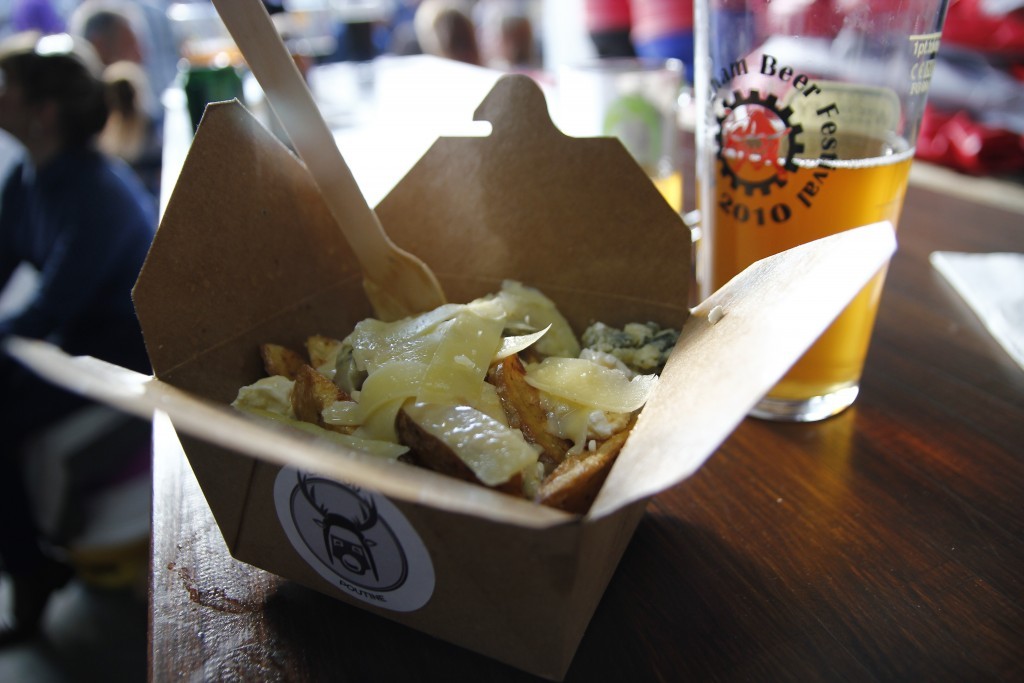 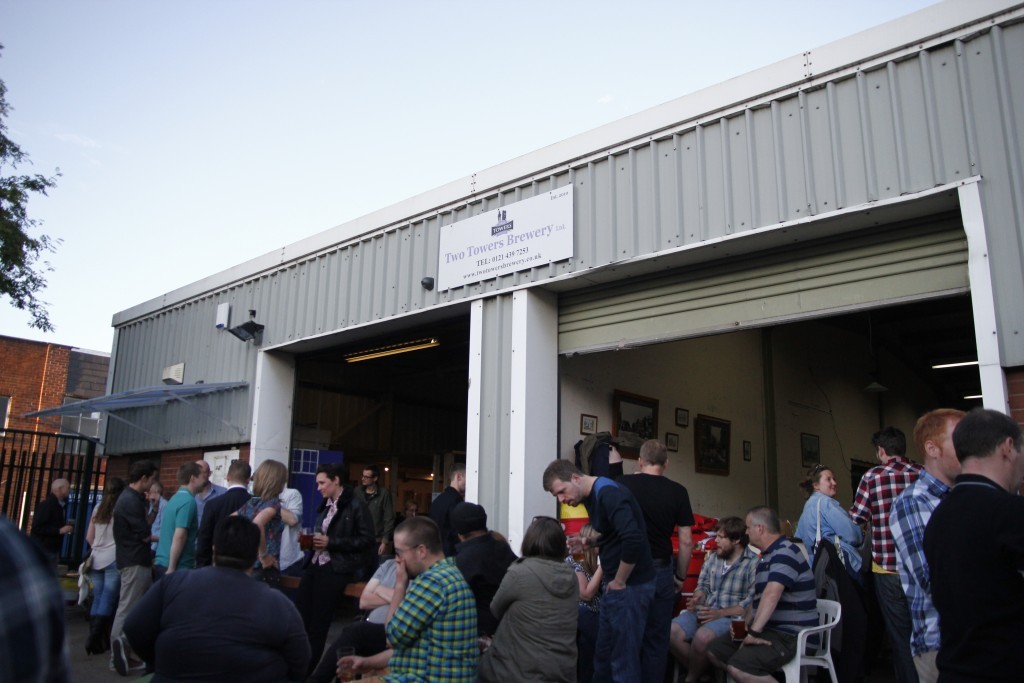 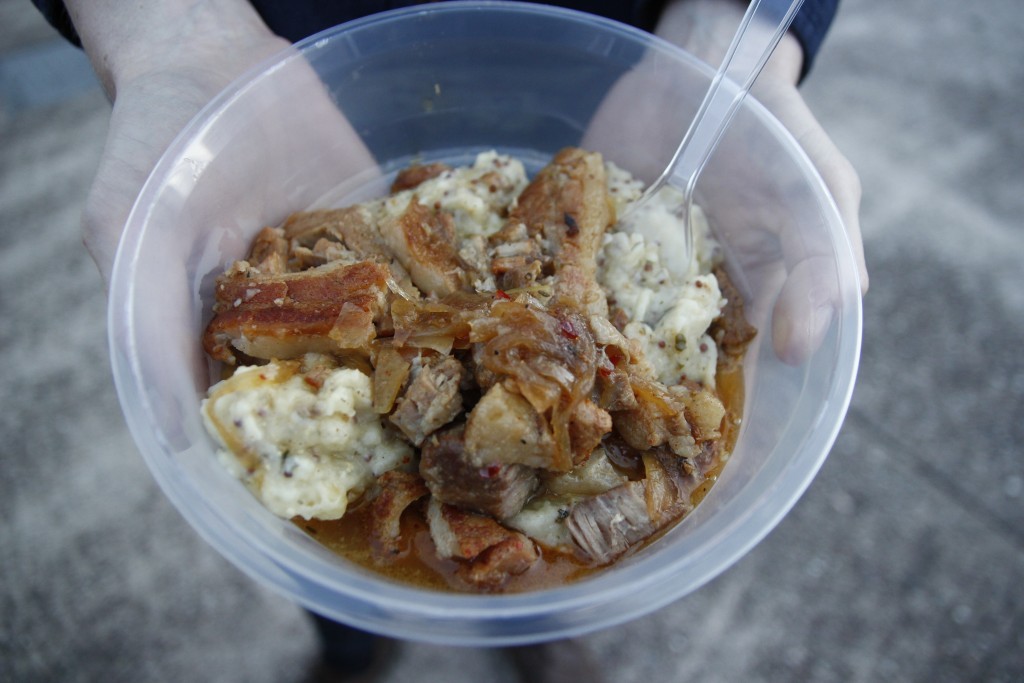 Follow BrumYumYum on Facebook or Twitter for information on all their upcoming events, including KingshEATh on Saturday 11th July and JQ Festival on Saturday 19th July. The date of the next Nosh Up In A Brewery, which promises beer pairings and a Chef’s Table from Pimpernel’s Delights (three courses for around £10, all containing Two Towers Ale), will be announced next week.

The Two Towers Brewery  Bar is open every Friday night from 7pm to 11pm.