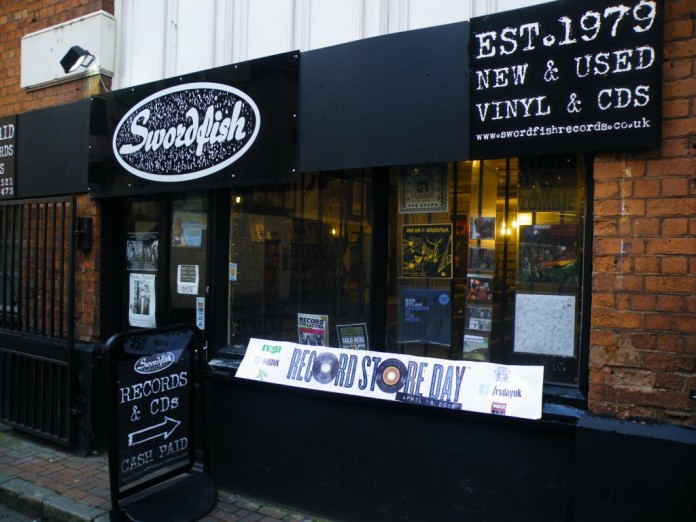 Record Store Day, the annual celebration of vinyl music, returns this Saturday (April 18) with a host of exclusive releases, events, showcases and special gigs up and down the country. Record stores and music venues in Birmingham are getting in on the act too – here’s our guide to the best of what’s happening in the city. And if you’re looking for some tips on what to buy, then check out our buyer’s guide to Record Store Day 2015. 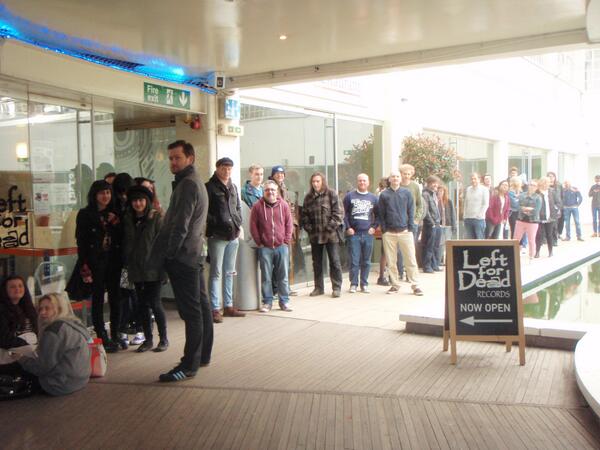 “Record Store Day is so important because it encourages people to visit their local record shops,” says Left For Dead’s Andrew Haddon. “It’s very easy to look at rocketing sales of vinyl and think that everyone is buying records. But, in reality, vinyl sales account for a very small fraction of overall music purchases. RSD 2014 was, for many of my now regular customers, their first visit to the store. The event is vital in getting people back into independents.”

Again stocking an array of RSD releases, the Custard Factory-based store has also invited a quartet of bands to play for the occasion. Ahead of their May show at The Rainbow, folk five-piece Boat to Row kick things off early at 9am, with Matthew Edwards, opting for Birmingham over his adopted home of California, offering up his heartfelt brand of bleary-eyed pop as the clock strikes 3pm.

Sandwiched between these two sets, God Damn and Baby Godzilla will be crowning their joint release with a pair of respectively raucous midday performances on a specially-made stage outside the store.

“We will be opening earlier than usual at 9.30am, with the intention of getting our in-store performances under way at around 5pm,” says Swordfish’s Gareth Owen.

Again, the Dalton Street-based store will be stocking “loads of limited editions” with the added draw of a “fridge-load of cheeky beers.” Happy days.

Stocking the exclusive RSD releases that are most in keeping with his store’s “identity”, Milque & Muhle’s Nathan Warner sees the event as a crucial profile-raiser for the city’s independent record shops. “It’s a good opportunity for people to discover the shop and, with any luck, come back to us throughout the year. After all, record shops are for life, not just for Record Store Day!”

He names the vinyl re-release of Swans’ eponymous EP, Pere Ubu’s boxset and Oneohtrix Point Never’s 12ins cut of Commissions II as his pick of the new records.

Nestled in the bohemian hotspot of York Road, Polar Bear will once again be celebrating Record Store Day with plenty of releases exclusive to RSD, taking in 7 and 12ins EPs, LPs and box sets. You can also expect live performances from four local bands, starting at 1pm and continuing through until 3pm. Doors open at 9am and store bosses are recommending you to get down early if you want to get your hands on some of the strictly limited edition releases.

After you’ve scooped up those precious RSD exclusives and sifted through enough vinyl to make your hands bleed, This Is Tmrw’s Hare & Hounds-hosted all-day gig provides the perfect supplement to a busy day of crate-digging. Unfolding from 3pm, this mammoth gig will see eight of the city’s best and brightest bands perform in celebration of the annual event. Headlined by rabid noise terrorists Them Wolves, the show also features the dirty garage blues of Black Mekon, The Castilians’ sunshine pop and scene stalwarts Sunshine Frisbee Laserbeam, with space reserved for Swampmeat Family Band, Dong Fang, Threds and Crawlin’ Hands to strut their stuff.

Record Store Day 2015 takes place on Saturday, April 18. Read our buyer’s guide for more information on some of the exclusive vinyl releases available on the day.