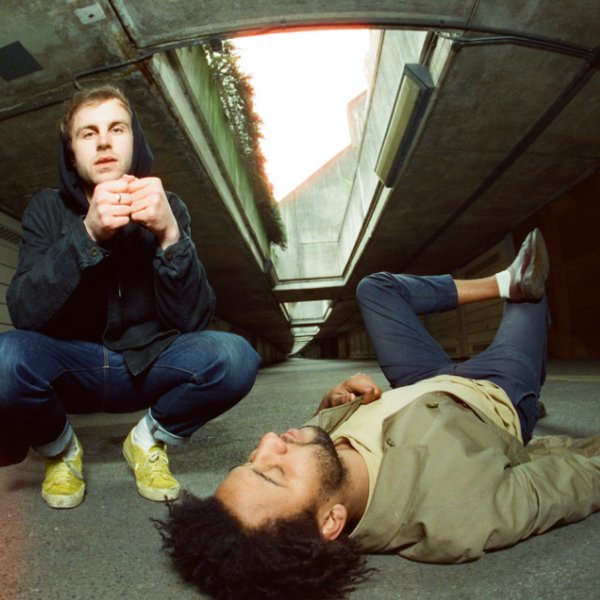 After releasing some tantalising tracks over the spring and summer, Dom Ganderton and Ryan Malcolm’s second album, the infectious and surprising Bambino, arrives on Friday 8 September 2017 via new label, Dirty Hit.

But before then, Dom answers some quick Qs …

You were signed to Infectious, were pretty well everywhere in 2014, played some incredible gigs, picked up great reviews … but then, nothing! What happened?

I think when me and Ryan started the band it was a whirlwind from our first demo to getting signed and being on tour, and we never had a chance to stop and fully realise what it was that we wanted to do. The label was going through a takeover as well, so when our album came out the original team that signed us were not there anymore. We left in a position where we had no choice but to go back to the drawing board and go and create something we really loved and backed, even if it did take a few years.

You made Bambino without a label or financial support; were there any points when it became too much? Did you ever wonder if it would ever get finished or even released?

Because it was just me and Ryan throughout the whole process, there were definitely points where we would look at each other and think whether or not we were going mad? Why do we keep coming to the studio for 17 hour days when we don’t even know if this is ever going to see the light of day? We had problems paying rent and devoting the amount of time needed to finishing an album, but we stuck it out and things have worked out in the end.

It’s a stylistically varied album, but do you think there’s one track that perhaps sums up the vibe the most?

I think I Can’t See is a good anchor point for the whole record.

What are some of the other album highlights for you, and why?

There’s a genuine fax machine solo on the last track, Clo Park. We went to an office to record some ambient noise of keyboards clanking and paper shuffling, and when we got home and lay it over the track this fax machine or photocopier went off in the exact pitch of the song completely in time. It was a little spooky but amazing.

The reception to the record seems to be uniformly positive … what are your thoughts?

Are Superfood just a duo now? No Emily and Carl …?

It has always just been me and Ryan who wrote everything but, yeah, they are no longer with us, but we do have some amazing players who are touring with us now.

It seems so long since the whole B-Town thing (Peace, Swim Deep, Jaws et al) which drew massive national attention, and which you guys got drawn into; what are your thoughts on all that now, in retrospect? Was it a good thing for the city’s scene?

Yeah, of course it was. There was a lot of media and industry looking at Birmingham for a brief period and I think without it we wouldn’t have got our foot in the door and be where we are now. They were very good times and I hope something like that happens again in the future for Brum.

When was your last Brum show and where? And how did it go?

It was at the Academy 3 [in March] and it was absolutely fantastic.

You’re also back in November with Wolf Alice, who you toured with back in 2014 – what are your memories of those shows? Any notable gigs / incidents / anecdotes?

We lost Ryan one night. We were supposed to leave at 10am but there was no sign of him. We waited until around 2pm but there was still no sign; everyone was stressing so I decided to go for a walk on the beach as we were in Brighton. I got to one of the piers, took a quick look around and there was Ryan snuggled up on the rocks with a bottle of Sprite.

What are your plans for the coming months? Any new tracks?

Yeah, in the downtime we’re going to be in the studio getting a head start on the new Superfood material. Can’t wait.