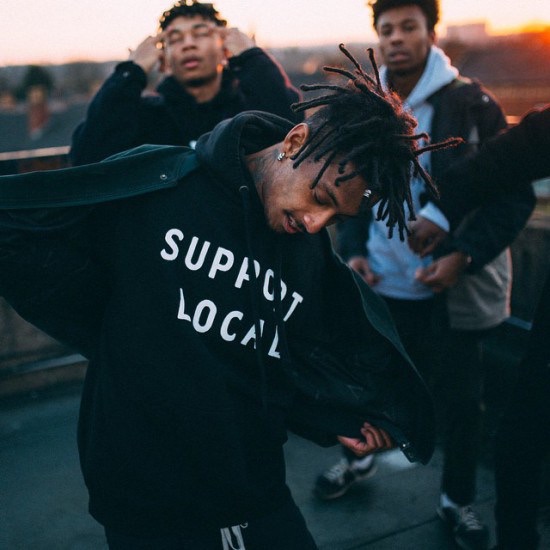 SKIT is a brand new night promoting the finest in windows down, system up rap music. The monthly night has so far played host to the likes of Nick Black, Gabriel Waves, Taylor Mace, Synikall, Kxng Foreman, Lady Sanity, A Broken Camarilla and ChromeZNeutroN to name but a few. This Friday (Dec 4) it rolls back into town once more this week to take over the front bar of The Rainbow in Digbeth, with a night of live music.

The free entry show brings together two of Birmingham’s most forward-thinking hip hop crews, OG Horse and The Oddysee. Relative newcomers to the scene A Broken Camarilla will open proceedings.

OG Horse have been doing their thing on the down-low for years with rapper/producer Eli Prince at the helm, leading the crew made up of rappers Wesley Yanks and Chinky Piff, producers Maliyoti and Lokui. Mixing unpredictable production with wordy, melodic flows, they have kept the quality high, releasing just a handful of tracks but still managing to build a loyal following online.

The Oddysee need little introduction to underground hip hop fans in Birmingham. At the helm are Sigmund Frued and Dan Oddysee; two local musicians who have been involved in promotion, beat-production and general good times under various guises in recent years. The crew will be airing new material as well as older classics from projects such as as Dan Oddysee’s Heir Waves album from last year.

Openers A Broken Camarilla are a four-piece musical collective bringing together the individual talents of four gifted young musicians from three different geographical locations to make one hell of a hip hop love-in. Pigeon-hole them at your peril however, as their music tends to shape-shift from dark brooding trip hop to wide eyed warm beats at the flick of a wrist.