Just a few days to go now until Mostly Jazz, Funk and Soul Festival kicks off and once again there’s a groin-tingling trio of headliners – Fun Lovin’ Criminals, Mavis Staples, and Earth, Wind and Fire – together with the usual eclectic mix of new acts, old favourites and the odd legend or two. Here’s a quick preview of the whole three days:

Get down early for some afternoon hip hop courtesy of the hotly tipped Jay Prince and ‘cosmic voyaging’ from Free School before cracking open the glow sticks for Syrian techno raver (seriously…) Omar Souleyman. End the day in the company of scooby snackin’ kings of New York, Fun Lovin’ Criminals. All together now “Barry White saved my life…”.

Day two kicks off with a little ska in the sun from The Heels and some classic soul covers from Moseley’s very own The Atlantic Players before Craig Charles’ (who’ll be whipping up one of his by now legendary Mo Jazz DJ sets later on) son shows off his Lack Of Afro. Soul vocal duo Myron & E will ease you into the late afternoon then King Khan and The Shrines will psych things up a lit
tle (okay then…a lot) leaving The Roots’ collaborator Cody ChesnuTT to serve a mighty fine bowl of Memphis soul. Ibibio Sound Machine’s mix of West African Highlife, disco and electro has been wowing the crowds across Europe recently and they’ll be an ass shaking highlight. Saturday’s all about gospel legend Mavis Staples though. A mere 64 years into her career one thing’s guaranteed, if you’re looking for a truly spiritual musical experience she’ll “take you there”.

If you’ve gone a little wild at Saturday night’s Craig Charles aftershow party at the Hare & Hounds (already sold out of course) Sunday’s Jazzlines Stage will refresh, revive and reinvigorate. The Great British Sausage Company’s bangers will probably help too, 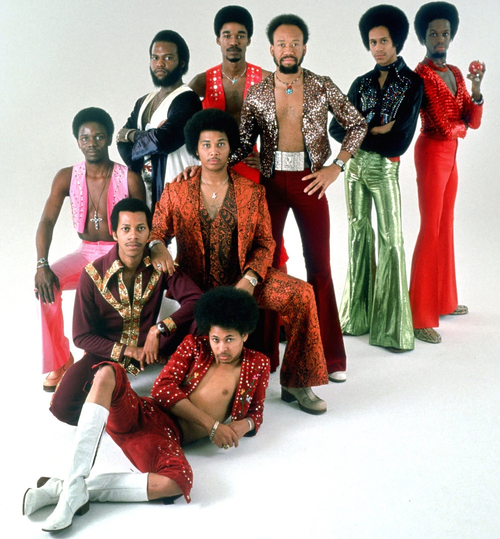 all washed down with a pint from the Purity Bar (top tip, buy a 4 pint plastic container to avoid the queues later in the day…unless you drink it all that is). If your ass survived Ibibio Sound Machine, London Afrobeat Collective will give it another work out then it’s time for legendary Cream stick wielder and notoriously moody bugger Mr Ginger Baker. If he starts waving his cane around, duck. Seriously though, possibly one of the most influential drummers of all time playing an all too rare UK date. Cut open Courtney Pine and he’d bleed jazz. After playing a key role in making it all hip again back in the 80s his latest project sprinkles a healthy helping of Caribbean spice on top. Finally, last year it was Chic, this year Earth, Wind & Fire close the show and if you can stand still during Boogie Wonderland then you’re quite possibly clinically dead.

The last few tickets for the weekend are up for grabs here but be warned, buy now as last year sold out!