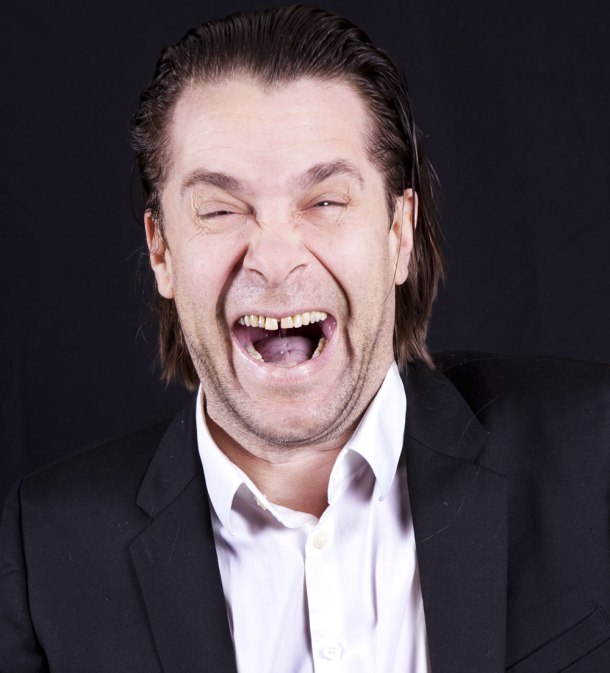 It’s been six years since Hans Teeuwen graced these shores, but in that time he’s lost none of his (for want of a better word) bite.

‘Absurd,’ ‘dadaist,’ ‘confounding,’ ‘devilish,’ ‘provocative’ and ‘unique’ are words that regularly pop up in reviews and features.

While other comedians have stood in awe at Teeuwen’s skill and convention-pushing antics (among them Dylan Moran, Stewart Lee and Bridget Christie), the wider public has been less quick on the up-take – no doubt put off by what sounds like a questionable proposition (‘Anyone fancy coming to see a Dutch comedian whose name I can’t pronounce…?‘).

He describes his present English language show as “more accessible, a little less absurdist” than earlier work, as he dips into the autobiographical and character-driven comedy, pulls out songs and puppets, tackles society’s taboos, and applauds freedom of speech.

He declares that it’s “time for a rebellion against political correctness,” and such a stance is clearly not everyone’s cup of tea – a recent appearance in Brighton resulted in enthusiastic applause and walk outs – but for Hans, whatever his train of thought, his driving force is to find the laughs.

“I’ve been interested in anything that makes people laugh for as long as I can remember,” he says.