‘A subtle dislocation from the norm…an irregular clubnight inspired and influenced by the New York No Wave scene’ is the premise of tonight’s entertainment; three bands united by abrasive guitars, noise-making, and a head for havoc. The irregular clubnight in question is Blank Generation, conceived by alt. promoters This Is Tmrw and executed at The Bull’s Head in Moseley.

Formed from members of The Cedar House Band, Dong Fang play their second ever show tonight which is an alluring synthesis of garage, blues and rock and roll. Their original material is a fast-paced rollick through fired up rockabilly and their cover of Hawkwind’s Silver Machine filled with Brooklyn-hued rebellion. It’s exciting stuff.

Elephantine follow; wailing vocals from frontwoman Anna Palmer over a post punk trio of instrumentation. It’s gruelling and grungy and its standouts are Abreast and the unyieldingly spirited Blame which deplores ‘I’m a broke ass bitch with so much to give’ before lamenting the waste that so often and inevitably follows suit.

Manchester’s PINS are the last to take to the stage. They’ll probably never get away from being compared to the feisty formations of Vivian Girls, Crystal Stilts and Hole but there are also heavier elements akin to The Jesus and Mary Chain in play. Yelping through their set, lead singer Faith Holgate is reminiscent of Karen O as the quartet impressively craft a discordant wave of noise. I Want It All is the one that sticks and underneath everything is a sense of performance – the sense of performance the No Wave scene would be proud of. An irregular clubnight this may laud itself as, but if this is the standard of acts we’ll be treated to, we’re lobbying its cause from here on in. 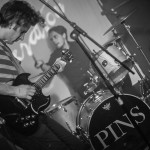 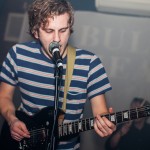 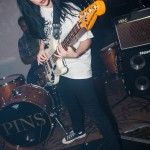 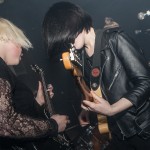 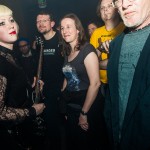 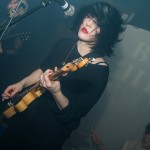 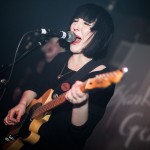