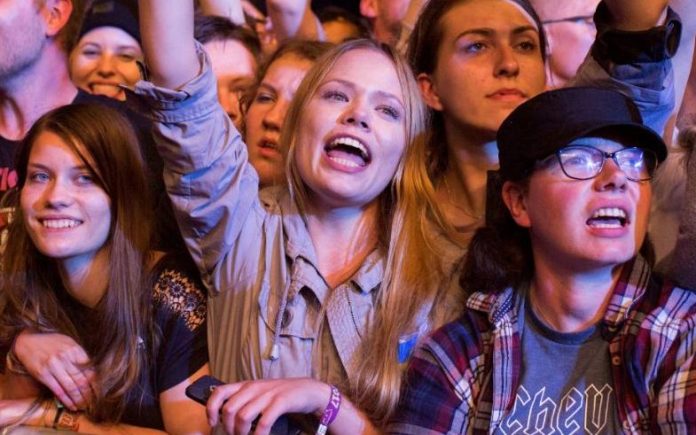 There has been great progress made in improving the safety, most of all sexually, in festivals across the UK and beyond. More than that, there has been much more awareness – in terms of social media blackouts and, in Glastonbury’s case, the Sisterhood – in creating gender-specific spaces.

However, the issue in Sweden is, at least on a reported scale, spiralling out of control. Bravalla Festival may have hosted some of music’s globe-gobbling anthem makers (this year saw The Killers amongst the headliners), but beneath its commerciality lies sordid tales of sexual violence that stretch back to the beginning of the noughties. Over the past two festivals, a combined total of nine rapes and 34 sexual assaults have taken place. And they are the ones police are aware of.

The shocking numbers have resulted in an announcement from the festival’s organisers cancelling next year’s festivals, blaming the fact “certain men don’t know how to behave.” Even in context, it’s a statement that is not only odd and clunky, but clumsily understated – on the surface, men misbehaving is tantamount to accidentally spilling a beer or smoking a spliff – rape is far, far away from bad behaviour.

The only positive to come out of the situation is Sweden’s first exclusively non-male festival, which will take place instead of Bravalla in 2018. While festivals in the US have previously hosted successful ‘man ban’ festivals, this action throws into raw reality that despite technological advancements and added security at festivals, sexual abuse remains a disgustingly potent, and prolific, risk.

The news of this has, of course, sparked mixed reviews. The traditional war cry of ‘not all men’ has reared its head, as has the victim-blaming boilerplate of ‘segregation’. Yes, this is segregation. But this is a necessary move. If men are, as the statement deemed it, unable to ‘behave’, then a blanket ban is the only way forward. Alcohol or substance abuse can turn even the staunchest ‘not all men’ chanter into an altogether different beast, and by offering only a segmented segregation, surely the purpose of this festival is thwarted? This is a chance to show that men need to take action and behave in an uniform manner – it is not a case of nice guys finishing last.

It is also not about pinning the blame of one gender. Men, of course, are also victims and can be victims of sexual abuse, but this is a reaction of sexual abuse within a specific, and confined, space. The sheer volume of rape that occurred in Sweden alone warrants such a ban; I’m sure if the genders had been switched and it was men who had been subjected to such staggering statistics, we would have a man-only festival.

Whether or not England will follow suit in the future remains to be seen, and hopefully Sweden will also provide bands that have at least one female member in them, but the threat of sexual abuse continues to be all too real prospect.