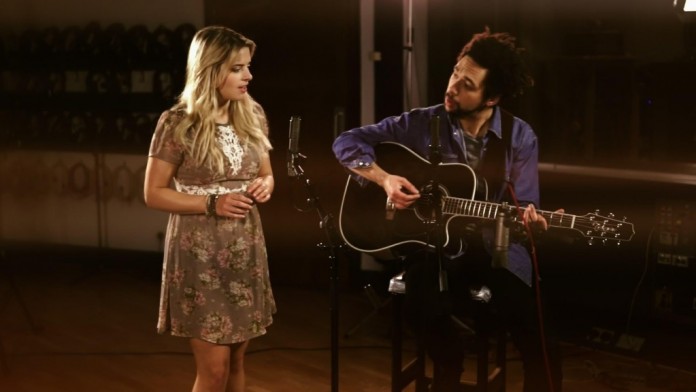 Sitting comfortably amongst McDonald’s, Cadillacs and apple pie on a list of things inseparable from the USA, country is a style of music that, if cut, would surely bleed red, white and blue blood. It’s curious then that The Shires, comprised of Ben Earle and Crissie Rhodes, actually hail from the bordering English counties of Hertfordshire and Bedfordshire. Which should make them, in reductive terms, as English as rainy days, cups of tea and queuing. And while they do make explicit, on-the-nose reference to such national stereotypes on a talked-up and stripped-back airing of chocolate-box love-letter Made In England, much of their set is reserved for lilting, Americanised ballads. As they continuously surrender themselves to the mores of country’s spiritual homeland across a 75 minute running time, it becomes clear that they really were born on the wrong continent.

But that’s not to say that The Shires aren’t exceptional at what they do. Pleasing a crowd made up of the more mature toe-tapper, a breed of yee-hawing yet discerning Radio 2 listener, if you will, with full-bodied renditions of Nashville Grey Skies, a longing paean to their adopted home and Drink You Away, a gorgeous pared-down weeper on which the duo’s voices merge as easily as a Stetson and a pair of cowboy boots, they get the venue resembling an intoxicated barn dance during two separate (and justified) airings of Friday Night. Elsewhere, barrelling new single State Lines slips on the checked shirt left vacant by ex-country darling Taylor Swift’s lust for heavyweight pop status whilst All Over Again recalls the slushy uplifting ditties of an in-form Ed Sheeran.

Topped off by a triumphant cover of cheese-tastic genre staple Islands In The Stream, the duo’s unwavering obedience to their chosen style’s nuances is not something that will go unnoticed by purists. Look out America, you’re next for the taking!