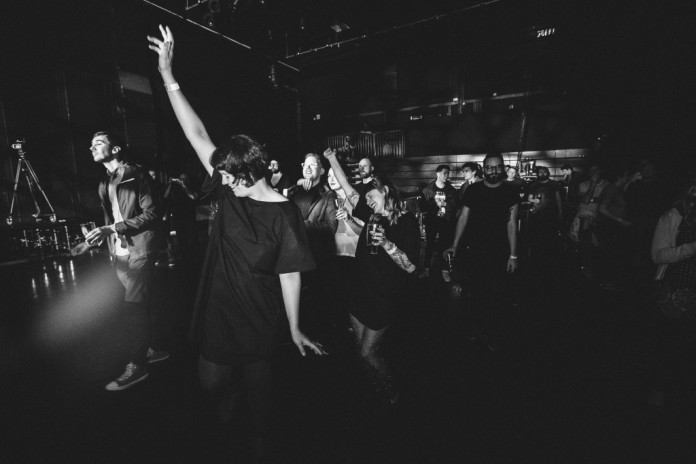 Ears ringing still, cigarette smoke plumes in the courtyard. It’s just as one had left it – bustling, vibrant, freakish. To re-enter the festival is to re-open your mind, this is why we’re here, this is Saturday at Supersonic Festival. 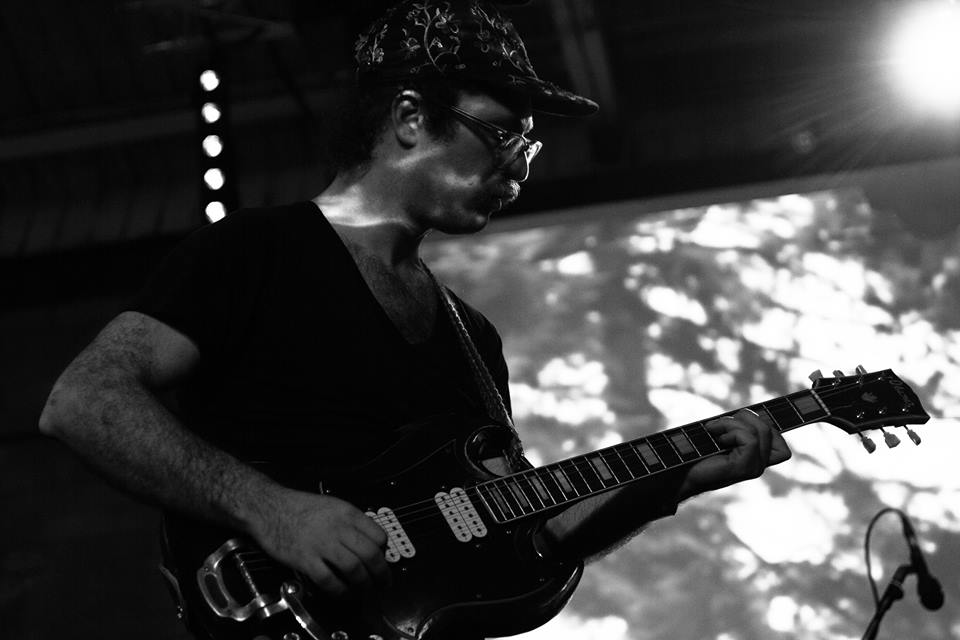 Turn up, tune in, drop out. This is deafening psychedelia to a backdrop of monochrome forest footage. Guitar melodies could be playing in reverse, there’s no telling, it’s best not to analyse. This wasn’t composed for analysis, this was written for mescaline, for immersion, for a maddening carousel of introspect. Put aside the intellectualism and beard-stroking, close your eyes and just feel it.

No group appears more humble than Liima. “We feel incredibly privileged to play in front of a crowd that’s all ears,” says frontman Rasmus Stolberg, and rightly so, this is the perfect crowd. With vocal harmonization, swelling synths, and tunes composed in Berlin, Finland and Istanbul, Liima carry us into an electronic utopia. 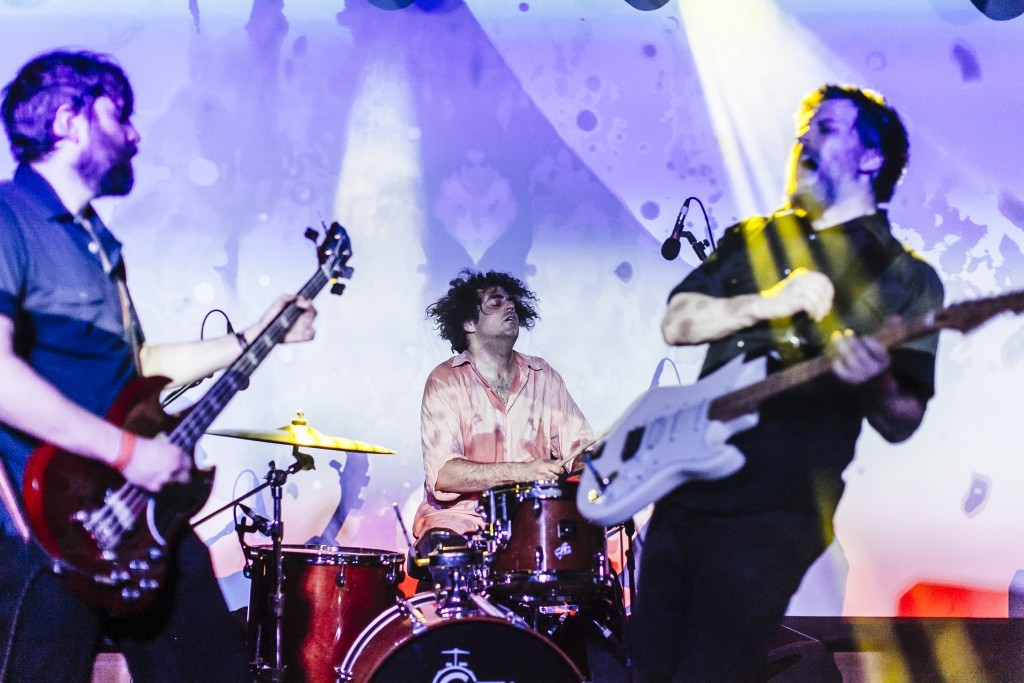 No organs, just drones, drones you feel pass through your vital organs. Drones designed for psychedelic escapism, for indulgent volumes, for the love of drones. 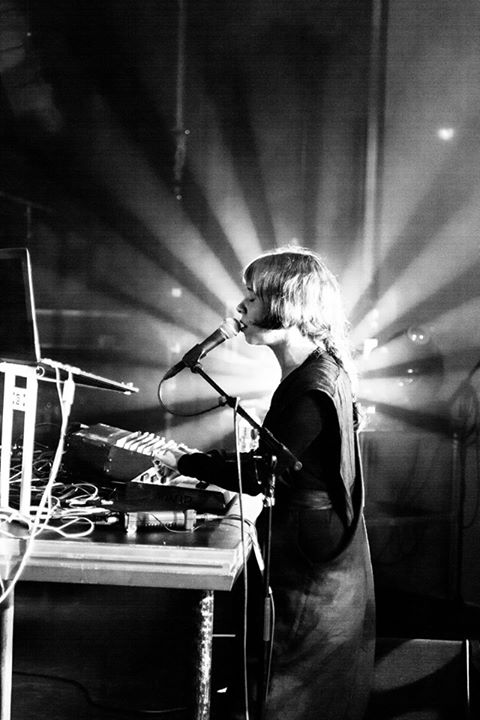 These sounds aren’t human, they’re unidentifiable, they’re alien, they’re vexing, they’re challenging and therefore frightening. This is hi-fidelity entropy, pornography for the audiophile. The visuals – randomly selected Facebook images of the audience and a physics engine with cardboard cut-outs of people floating around, this must have artistic aforethought, but like the music it’s unfathomable. This is not a DJ set, this is a close encounter. We have made contact and we surrender.

The term doom or black metal is too confining, as with everything at Supersonic you can confine nothing. This isn’t just chaos, transcendental noise and blast beats, this is a turn on for the guy grabbing his wife’s ass. Liturgy means a form of which public worship is carried, so in that case, this is overbearing bass worship with an aggressive pretext that doubles as an aphrodisiac. 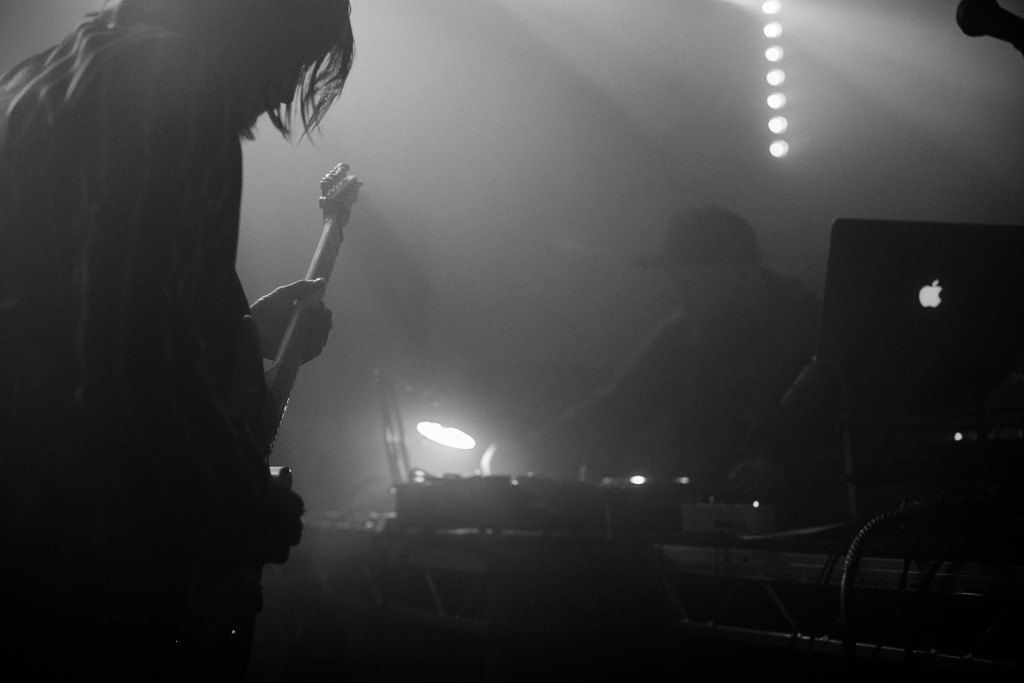 Boxxed looks like the wispy innards of a cloud and we are ready for thunder. A painful look strikes a woman’s face as feedback pierces her, but she becomes relieved, she sways, bass caressing her. It’s so loud it changes ear pressure. Do you know what that’s like, to be at the total mercy of sound? You feel powerless, it’s grounding, it feels dangerous and therefore exciting. Carlson’s meditative drones in tandem with The Bug’s sinister array of sonics – it’s overwhelming, it’s unique, it’s a 21st century cacophony, man, Mozart would shit himself if we could show him. Carlson leaves and a silhouette appears through the smoke – it’s Flow Dan. With his hypeman-dancehall-badman-grime he quite simply tears the roof off this motherfucker. The festival reaches orgasm. We are euphoric, our movements uncontrollable, for brief moments we transcend ourselves and we are satisfied.