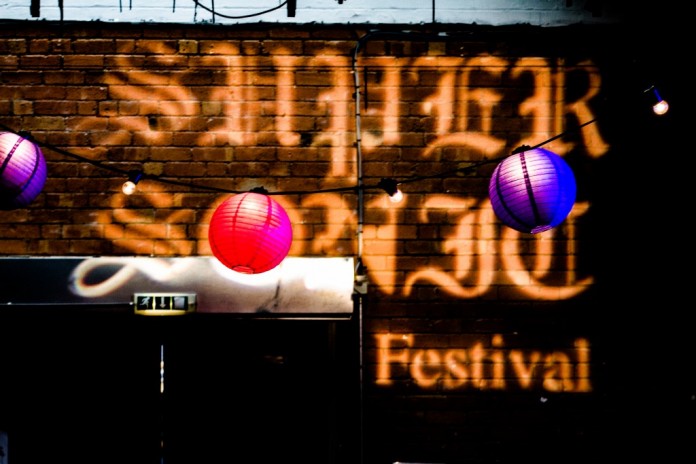 Bean bags, nursing hangovers, Chinese lanterns, girls with daisy chains, sunlight beaming, everything is unwinding beautifully. There’s a wonderful juxtaposition between lying comfortably and adventuring beyond your comfort zone into the unknown, this is Sunday at Supersonic Festival. 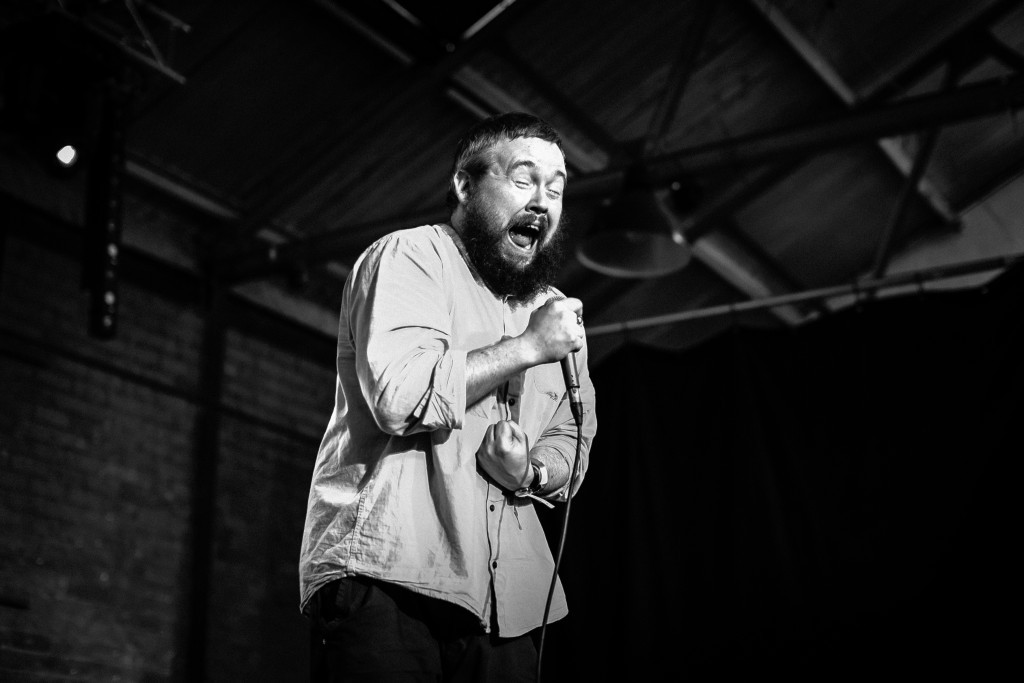 Richard Dawson could belong in Skyrim. He’s a 21st century bard, a fable teller, a Geordie minstrel and a vocal powerhouse. Between stories about a cat that eats DVDs to a 15 minute epic about a 1700s master quilt maker, Dawson’s magnetism definitely lies in being half comedian half melodic rhapsodist. He is a Tom Bombadil if there ever was one, a magical talent. 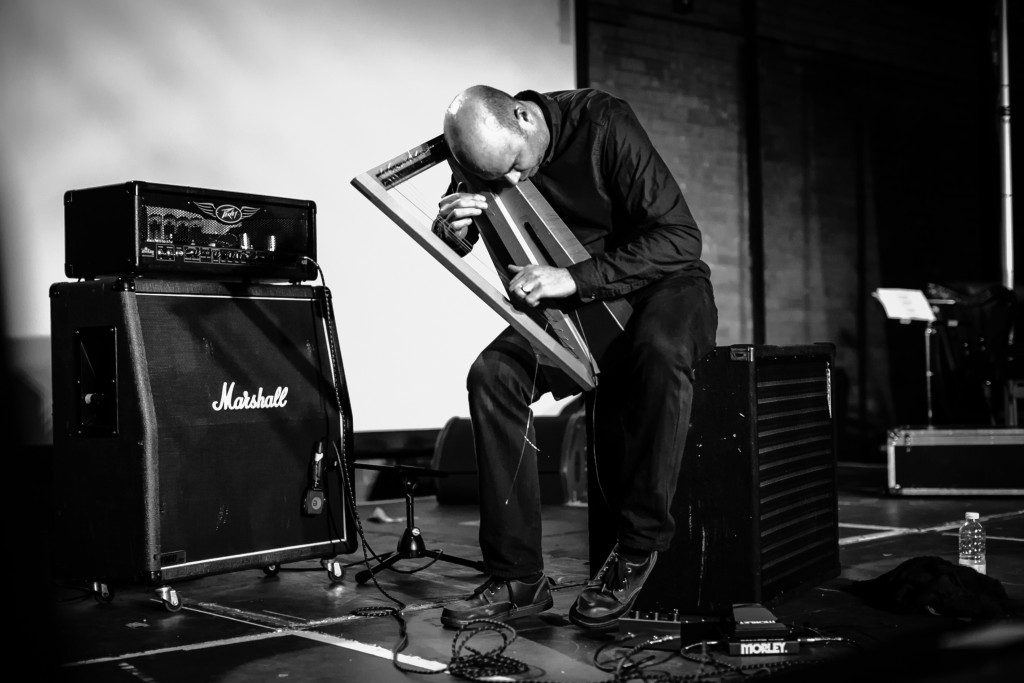 If you’ve never heard a dude shred hardcore on a harp, then see here. He’s a “improvisational reductionist” which essentially means he does whatever the fuck he likes – all distorted, all spontaneous, all dissonant. He rocks side to side entranced by his own improvisations, sweating. “Put your phone away,” a friend tells another. Yes put it away and pick up some vibes, man, from Rhodri Davies – the Eddie Van Halen of the harp. To quote Brian Barritt, late British poet, what Davies is doing could be described as “Automatic writing in a sacred landscape,” most enthralling. 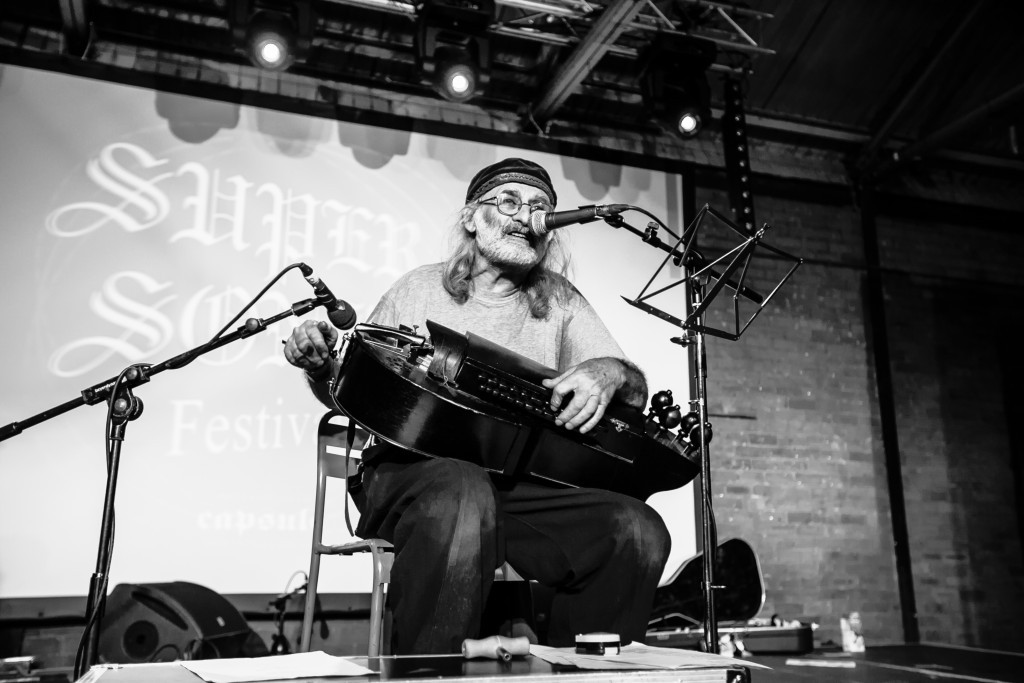 “This song is about drinking, it is very good,” says Wehle in endearingly broken english. All but one of his songs are in Czech, however, music has no language barrier, it is beautiful all the same. His music’s medieval in theme and in melody. With songs about elves, forests, Tolkien, kings and lions played on harp as well as the hurdy gurdy, he appears as an lovable old wizard, and his magic is working, hangovers are waning. 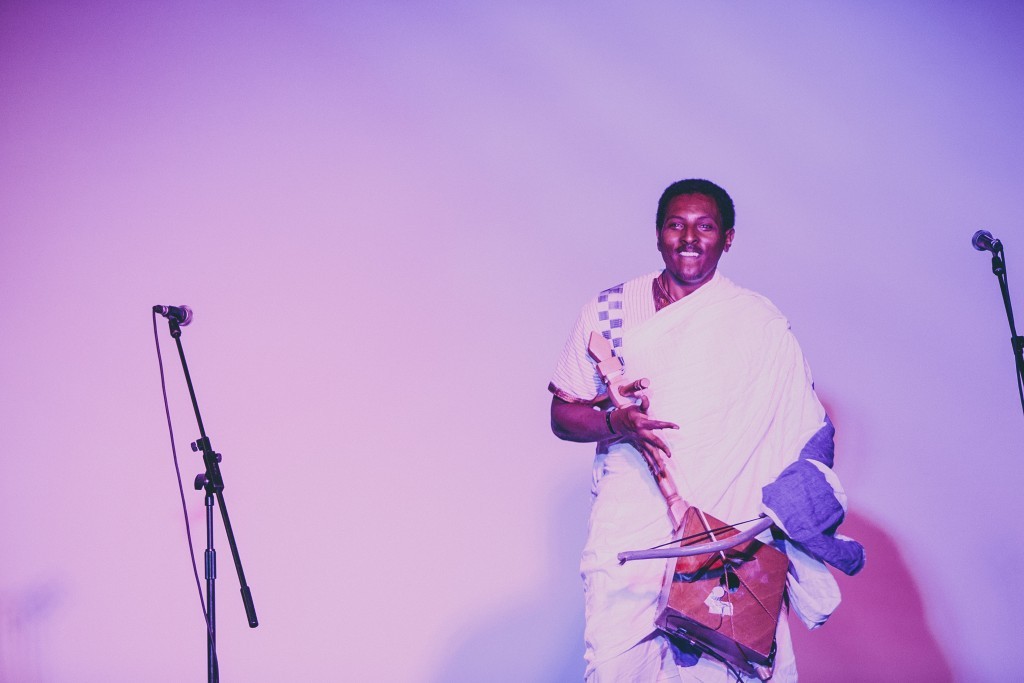 Ethiopian artist Afework Nigussie can get as much passion and meaning from one string as an orchestra can with 1000. With his Masenqo instrument (which looks like a birdhouse on a big stick), his voice attuned to scales unfamiliar, and his foot (Ethiopian drum machine) he praises God and love ecstatically, vibrantly and with a permanent smile. This isn’t experimental this is a cultural exchange. This is an ancient send off to a festival that promotes music of the future, it’s a perfect conclusion.

Closing Statement
Outlandish, mind blowing, frightening and trippy-as-fuck, Supersonic is all of these things. It’s without a doubt a jewel for the Birmingham music scene. You must be open minded, you must be curious, you must be ready to challenge your preconceptions of what music is and what it means to you, but if you can be and do all of this, one hell of a journey awaits you.