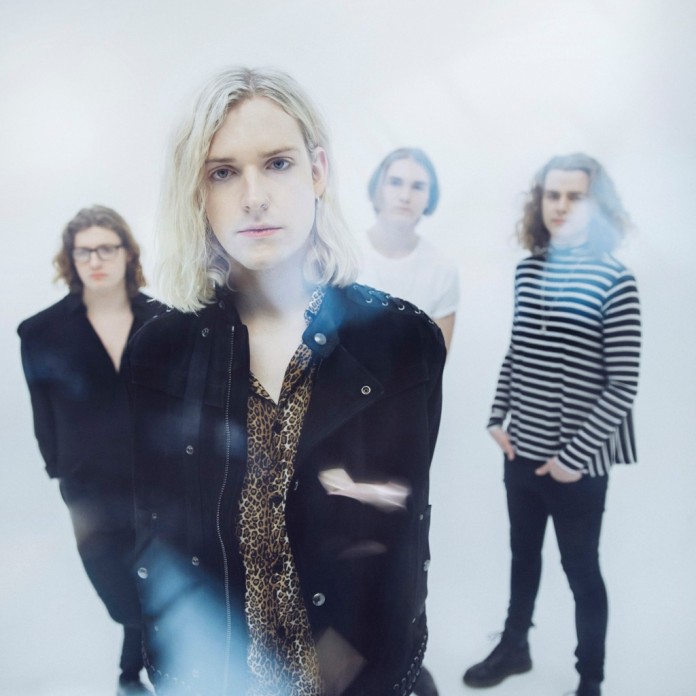 Back in 2009, there was an emerging five-piece called Red Light Company. Going against the grain of grunge and grime, the band revelled in bombast, making anthemic songs that would ricochet around arenas as elegantly as their singer’s interminably long blond hair. They didn’t last, more is the pity, but new outfit Sundara Karma are a striking reminder of that band’s lost potential.

Sundara Karma aren’t going to come in quietly. While other new bands have been making punkier material (VANT), chorus-inflected Weezerisms (The Magic Gang) and Jamie T-indebted debt rap (Rat Boy), Sundara Karma’s songs are primed, polished and ridiculously catchy. Just like Red Light Company, they even have, in the shape of front man Oscar Lulu – a showman with ridiculously long straw locks. The folks at The Rainbow certainly made the most of their gig, and it’s a good job they did – they won’t be playing venues this small again.

Firstly though, special mention should go to Beach Baby, whose music may be a little more rough-around-the-edges than Sundara’s, but displays the same shamelessly catchy riffs and chugging harmonies. Sleeperhead glides along on a giddy, hopping guitar motif before it collapses into an ominous chorus, while the pounding bass of Limousine shows someone took something good from Spector.

By the time Sundara come out the room is bulging and they make sure every punter leaves happy – latest single A Young Understanding is big and brutal, a call-to-arms for disaffected youth. Previous single Vivienne is a yearning plea to a teenage love and new song Olympia is as grandiose as its title suggests.

This time next year they’ll be a guilty pleasure, but for now what a gloriously wrong feeling they leave.