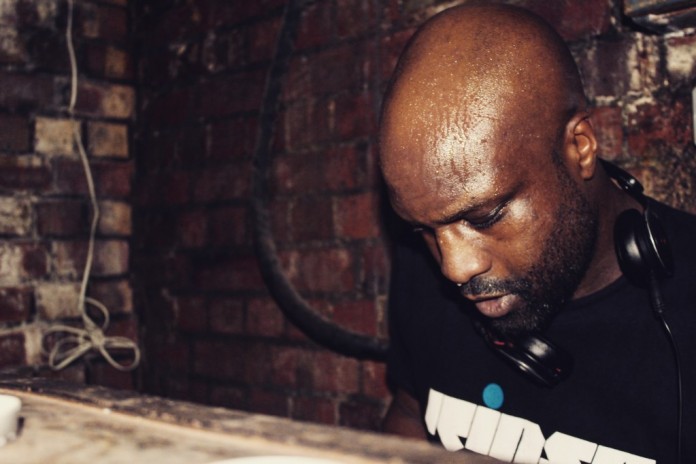 As Halloween party prospects go, it’s hard to top the dingy and crypt-like possibilities of a cellar – especially one that’s akin to a dungeon, entombed behind a set of steel doors and reached via a flight of dusty stone steps in an abandoned factory.

This made The Site Office, which can justly claim to be the Jewellery Quarter’s most elusive (if not exclusive) venue, the perfect location for Sum Cellar’s Halloween Afternoon Session.

Leaving the autumnal dusk to descend into venue’s earthily chic murkiness, revellers might think themselves in Berlin or Budapest rather than Birmingham, thanks to a suitably gothic initial impression enhanced by the organiser’s Halloween-inspired candle and pumpkin additions to the minimalist, yet twisted, decor and exposed brickwork inside.

You almost expected the creak of a coffin lid and for Dracula – Bela Lugosi perhaps – to glide in from one of the side vaults.

The dark, moody yet exhilarating vibes were enhanced and manipulated by the skillful black magic of Rinse FM bass, house, DnB and hip hop DJ DAPPA aka Dusty Fingers.

DAPPA’s decks ensured that the event was bathed in a constant wave of wickedly dark sounds, that were suitably rhythmic and powerful sounds for a former industrial site and devilishly catchy to boot.

As the event built up and the cellar ever fuller, there was hardly a foot that wasn’t tapping, or a head that wasn’t nodding, as if compelled to do so by a powerful supernatural force.

Well crafted, wonderfully wicked and atmospheric, Sum Cellar are to be commended for bringing a Halloween warm up party worthy of a prince of darkness (and attracting punters from as far afield as Nottingham) to Birmingham.

If you’re after a polished jewel of an independent night, keep your eyes peeled for what they come up with next.