With the amount of hype surrounding The Jacarandas it’s no surprise how full The Sunflower Lounge is this Thursday evening. Playing in front of a lovingly-made banner that reminds everyone exactly who is on stage right now the band opens with a track called Summertime Dream which sounds exactly like a song with that title suggests, a breezy pop tune that is laced with nostalgia. While at times the band seem a little awkward on stage, as is the case going into the second number Dizzy, the band don’t miss a beat when they are playing and are far more confident with a melody under their fingers than without.

One song in particular stands out from the rest, a stripped back number about one Constable Anderson. Largely led with acoustic guitar and vocals, it feels like a Bob Dylan song for people with short attention spans. As the rest of the set comprises dreamy pop songs this feels a little forced, but it doesn’t deter the crowd as the night ends with the band’s one and only demo Can’t Get Her Off Of My Mind played twice in a row. It shows how excited people are about a band (especially one in its infancy) when their fans provide the backing vocals in a stage invasion. The Jacarandas have a lot of potential, catch them before tickets are more than £4. 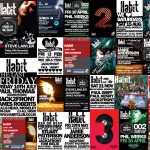 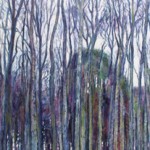 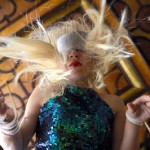