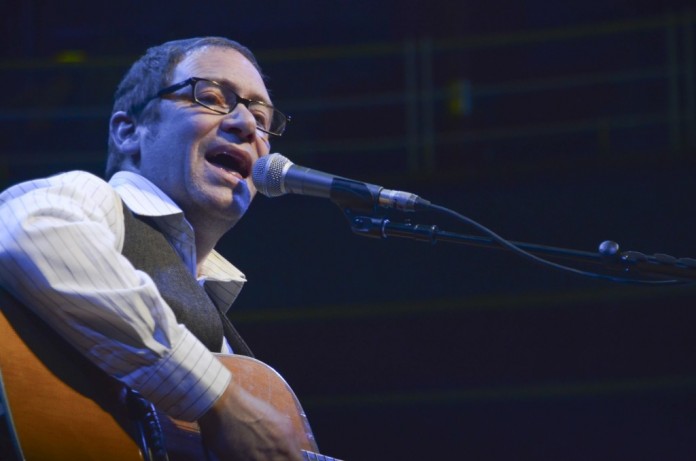 Believed by most of the music press to have bitten the dust along with Britpop as the 90s wound to a close, it might come as surprise to some that Moseley’s own Ocean Colour Scene are still very much alive and kicking. Having released, on average, an album once every two years since their commercial heyday, tonight they fill out Symphony Hall for the first of two unassuming 25th anniversary celebrations, an embarrassment of starry-eyed folk material in tow.

Styled an acoustic tour, despite being divested of electricity- and thus consigning showy guitarist Steve Cradock to a bit-part role- pints are raised early into sleepy opener Better Day, which tumbles from the stripped-back stage on a cloud of bittersweet harmonies and  gleaming piano keys. From thereon out, the band, aside from occasionally swapping instruments, rarely threaten to move from this leisurely, pleasant pace- turning a new-found eeriness to Village Life, injecting a spritely rush into the string-dappled pulse of She’s Been Writing and compressing the pastoral Have You Got The Right and Another Time To Stay into a sensitive, yet tantalizing, medley.

Their low-key, sea-sick odes to precious memories and winsome feelings too often slapped with critical derision, this sold-out hometown residency, bereft of the posturing that overwhelmed their early years, also stresses the unique understanding that OCS have maintained with their fans. Audibly screaming out entire couplets to the bashful Moseley Shoals B-side of Robin Hood, the boozed-up cohort are unerring in their contribution to the quarter-century festivities- merry clusters of onlookers obliging One For The Road’s call to ‘get up and dance’, every voice matching Simon Fowler’s own fleeting roar on Profit In Peace’s pacifist cry.

The flickering Riverboat Song questionably omitted, the band’s second chart-bothering juggernaut, The Day We Caught The Train, is the inevitable crown on a glorious five-song encore. Nonsense verse building into an unbreakable wall of ‘woah-oh-la-la’s’ as the curtain falls, cooler circles might now consider Ocean Colour Scene an unnecessary heritage act but, on tonight’s evidence, theirs is a resounding appeal that’s very far from being on the wane. 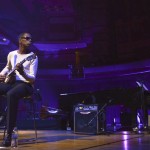 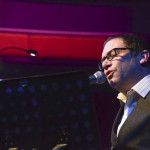 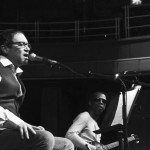 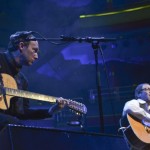 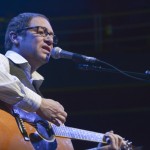 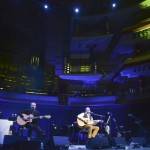 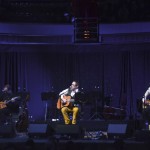 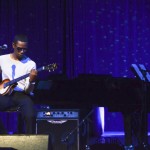