Despite a last minute change to the bill, there’s still there’s an air of expectancy as the annual carnival of indie music press darlings du jour rolls into Birmingham.

The Wytches, game replacements for the seemingly defunct Amazing Snakeheads, are styled by some as ‘surf-psych’. Live, at least, they’re hairy, Bleach-era Nirvana or early Melvins, with a spacier, shoegazey touch – all dry ice, shambling low-profile stage presence and wave upon wave of feedback. The grunge revival is a congested market, but judging by the faith the old NME has put in this trio, it may have legs yet.

Next up are Slaves, a duo best described as two-piece shock and awe, who bring with them a ripped-tight, clenched set mainly comprised of new material that initially threatens to sacrifice simple charm for brute force. Up until the opening bars of recent single The Hunter, that is. A blast of irresistible energy that sparks a primal release of pent-up tension within the kids in the moshpit – and one that figuratively rips the night a new one – these boys may just be onto something.

Fat White Family arrive with a reputation for public nudity and anti-rockstar larks. Superficially though, they’re chips off the old jangling indie block, with the influence of The Libertines clear to see and hear. Perhaps under pressure to keep things relatively radio-friendly, tonight frontman Lias Saudi goes no further than poking his finger out of his flies and slithering across the audience. For all the heroin-chic, swagger and Iggy & the Stooges-isms, you have to wonder how long this band will remain in the public eye when Pete Doherty starts releasing material again and the stylishly grimy niche they are happily squatting in gets filled.

Headliners Palma Violets close things on a more wholesome note. Crowd-pleasing tracks like Best of Friends and Rattlesnake Highway may not rip a new hole in anything but are, nevertheless, honest works of synth-infused indie rock’n’roll that says things that the moshing kids need to hear. If Slaves’ set screamed “EVERYTHING IS FUCKED!”, then Palma Violets’ seems to say, sweetly, that “it will all be OK”. A massive hit with the crowd, who give the band their full participation and even involve themselves in James-style mass floor sitting, Palma Violets, reprising the resonant guitar-pop power of The Charlatans or the long-forgotten Wonder Stuff, end the night warmly by supplying the life-affirming soundtrack that every generation wants – but doesn’t always get. 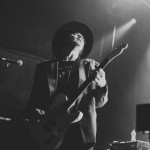 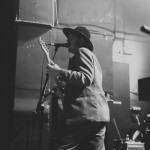 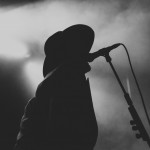 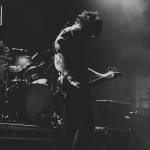 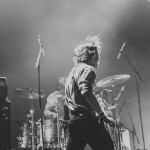 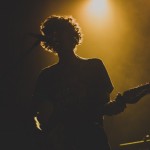 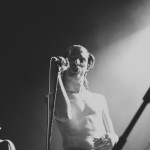 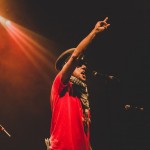 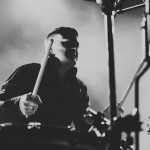 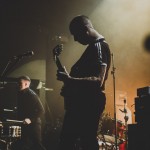 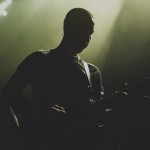 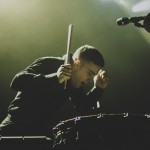 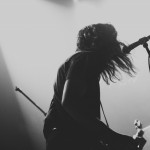 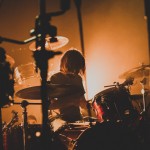