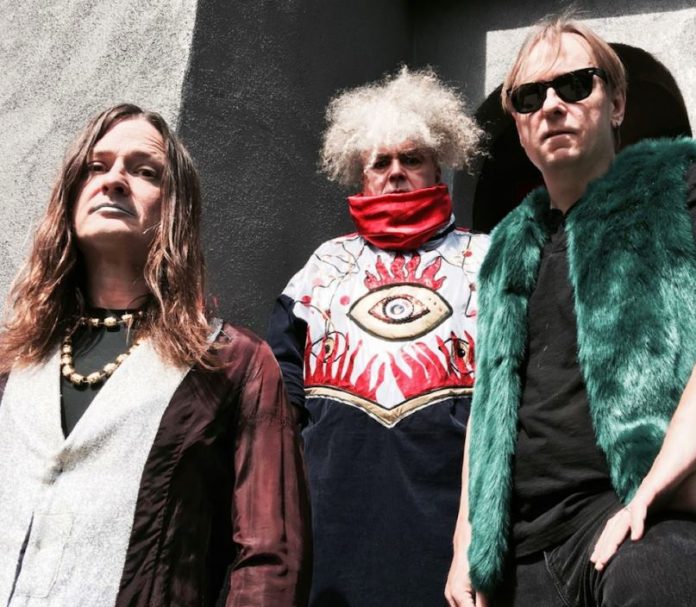 No encores, no support band and no bullshit – the Melvins surge through a 19 song set with faultless professionalism and minimal dialogue. Curiously the star of the show is the set list itself, it’s more of a sonic art exhibition with songs that bleed into one another than a list of hits and crowd pleasers – it’s very cool and immersive.

It begins with Eye Flies, the slow psychedelic migraine and opening track from 1987 album Gluey Porch Treatments. Even the brawniest audience members wince at the volume. The majority of the set is relatively young material: A Growing Disgust, The Water Glass, Mr Rip Off, The Kicking Machine and tunes from their 2016 release Basses Loaded. Hardcore fan service is found in Night Goat, Queen and a track called Euthanasia – an obscure song taken from a 1990 compilation album called Dope, Guns & Fucking In The Streets. But again, it all comes to us as one solid flowing piece riff after riff drone after drone.

It’s a stoner doom gig essentially. It’s like watching Electric Wizard or SunnO))) – you stand, get consumed by the volume, sway and headbang where appropriate. It’s easy to immerse yourself this way. There is, though, one drunk girl struggling to stand under the weight of her own moshy enthusiasm. People smirk but the irony is that if we were all that drunk it would probably be a better gig.

Music aside the most gratifying thing about this show is the modesty of it all. There’s no stage security or massive barrier and there aren’t any egos to speak of. It’s very gratifying to know that the Melvins, “The Godfathers of Grunge,” are playing down to earth shows where fans can stand 2-4ft away from them. It means a lot to us that the band aren’t putting themselves on any kind of pedestal. It feels very genuine.

Closing with Take Me Out To The Ball Game there’s an actual disbelief but air of respect in regard to their lack of encore. We’re so used to big bands giving us an encore whether we want it or not which always feels so insincere, it’s clear that Melvins are anything but. So fair play, they kept fans wanting more after an hour and half of nonstop noise and that, surely, is the point of it all.