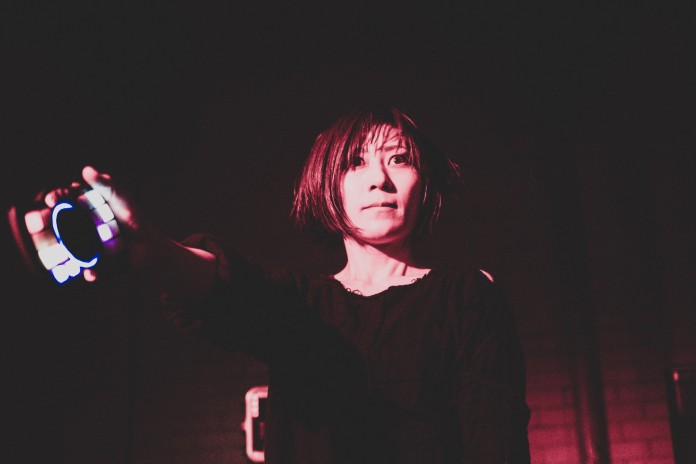 Thrilling Headgear meander through slow, grinding and laconic rhythms with a low end so crushing it’s almost palpable. Unfortunately the vast, open space of the Rainbow Warehouse drowns out the band, and with it much of the clarity. It’s a brief set, somewhat lacking in direction.

Techno, jungle, 8-bit: Glatze pays homage to it all. Offsetting techy drum loops with homemade and improvised instruments (including a hosepipe), Glatze diligently covers the familiar terrain of 90s electronic. His rendition of Aphex Twin’s Come to Daddy should be glitchy and frenzied, but in this environment it just seems a bit contrived. His performance features an intriguing postmodernist story constructed around the idea of five musicians (all himself) learning to play instruments, which are subsequently triggered to form the basis of the track. Ending with a peaceful Boards of Canada style soundscape, it’s an otherwise uneventful half an hour.

As a result of the expense involved in extensive touring (particularly back home), Tokyo’s Melt-Banana have slimmed down to a duo, yet still manage to create the most high-speed, seizure-inducing punk rock possible. Arguably they sound more mechanical and aggressive than ever before; there’s an unforgiving noise produced by the machines of Melt-Banana’s rhythm section, à la Big Black and the Locust.

A meticulously detailed set features material from their latest album Fetch [A-ZAP, 2013], and includes a section featuring eight shorter tracks, which itself comes in at a little under two minutes. A wild interpretation of Louis Armstrong’s What a Wonderful World completes a remarkably memorable visual and aural display, even if the music lends itself to being – purposely – impossible to memorise.