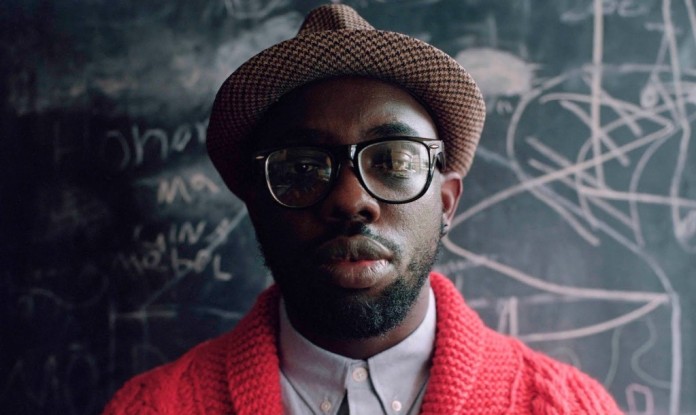 Selling out the Hare & Hounds, Ghostpoet (aka Obaro Ejimiwe) instantly indulges the crowd in his spoken-word style and unique soulful/poetic delivery. New material from his latest album Shredding Skin sounding fresh with his full backing band giving the music more depth than his previous work, hard-hitting opener Better Not Butter sets the atmosphere whilst the combination of his drawling lyrical wizardry and the tinkering keys and distorted guitar of Off Peak Dreams really capture the spirit of the night, with the rapper as into the performance as the crowd themselves.

Dealing with political themes and reflecting the money troubles and hardships of the times, Ghostpoet voices truths that resonate with his listeners. On stage, his honesty and vulnerability are laid bare, evident in the lyrics to Be Right Back, Moving House: “I am sitting over here, looking for the answers.  Working it out, one day at a time”.  And, whilst there’s despair in his words and in his voice, there’s still an audacity in his tone that’s difficult not to be drawn to, as he eternally searches for better times in dark situations.

The self-confessed ‘golden oldies’ of Cash and Carry Me Home, along with the stormer of a set-closer Liiines, are true crowd-pleasers and demonstrate that Ghostpoet’s music can be as spirited as it is reflective. As the crowd lap it up, so does he, stepping off the stage to show his appreciation for those that have packed in to revel in his exploits. His sincerity and the heartfelt nature of his music unmistakeable, this electric performance testament to both of these gifts.