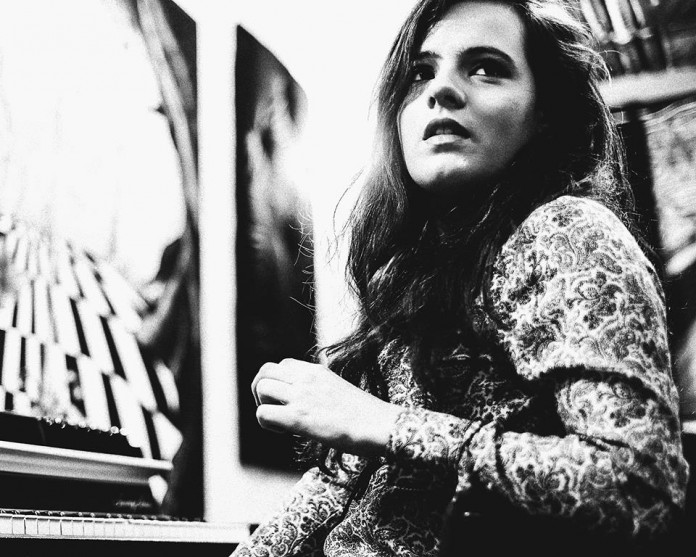 Both the thumbs up sticker on her acoustic guitar and the songs that cram in everything from ninjas, yodelling, ginger cats, tequila and more ninjas prove that singer songwriter Esther Turner is on a mission to spread positive vibes where ever she goes. It also proves that she has a fondness for ninjas.

Through melodious feel good pop that twinkles amongst the fairy lights adorning the Ort Café, she projects an honest simplicity that charms the audience. But with a sense of fun also comes control and a sense of stealth that reflects her ninja-like aspirations, as she leads the audience through her colourful world, shape shifting from the pure pop sheen of Open A Smile to the heartfelt and immersive Same Love with ease.

Within a few notes Nottingham’s Georgie Hughes aka Georgie has made her presence well and truly known, with a voice that fills every nook and cranny of this intimate venue. Propelled along by electric guitar her vocal is draped in 60’s finery – think Jefferson Airplane’s Grace Slick – but with a rugged Patti Smith style edge. Tales of whisky drinking and partying into the early hours give her a robustness that filters through into songs such as Wildcat and It Ain’t Me, a song about out drinking your boyfriend.

She matches her rich vocal with solid guitar playing, incorporating country blues and crisp folk, the whole effect is one that simultaneously soothes and invigorates, offering up a kind of panacea for the soul. Switching to acoustic guitar for her final song This Ain’t Heaven, lowers the tempo but it doesn’t detract any from the power of the performance. She takes a step to leave but the force of the audience’s cheering pushes her back. Despite her claims that she is not someone that does encores, she is encouraged back behind the mic for a second time, by an audience that refuses to let her leave.