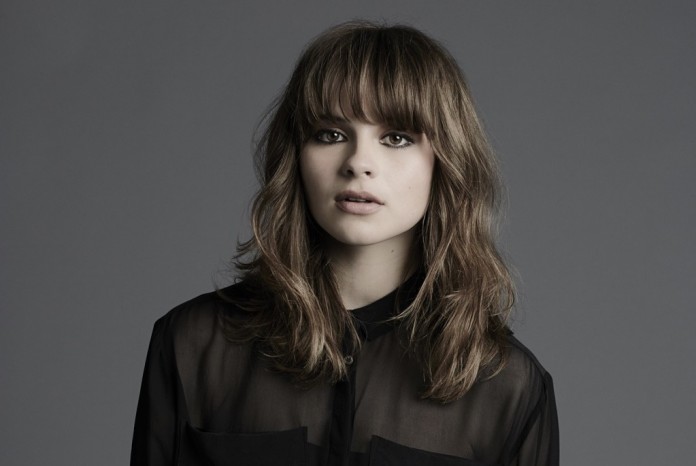 If Valentine’s Day is the kind of occasion that makes you bulk-buy whipped cream and DVD of Clueless, maybe it was a good job you weren’t at the Institute on Sunday night. For as pop chanteuse Gabrielle Aplin took to the stage, micro pig thankfully not present, a slew of simpering couples ushered forward, not once daring to break their handhold. Tonight is for lovers, I’m afraid.

Aplin does have a knack for making the kind of music couples would listen to on weary drives. On record, her tracks are stately, soaring and have enough widescreen appeal to keep her off the middle of the road, and tonight her backing band inject enough excitement to give her credibility. Panic Cord keeps its epic chorus in check, Light Up the Dark builds to a thundering crescendo and Shallow Love demonstrates Aplin’s voice, which can change tack from a wounded fragility to fearless defiance within one breath. Her nimble pipes really do embellish some of her songs, which admittedly, could fall into the bland Ikea advert collection.

She doffs her fringe to the late, great David Bowie with a commendable cover of ‘Space Oddity’, and closes with perhaps her best known (original) song, Home, which has the tweeness of She & Him and the pop sensibilities of Florence & the Machine. Slowly but surely, Aplin is carving her own identity, away from the Frankie cover, away from the other folk pop pin-ups and (just about) away from the limelight. It’s not a bad thing.