For today’s gaggle of bands, the idea of creating ‘art out of adversity’ stems, more often than not, from the existential yearning that accompanies achieving a 2:1 rather than the intended first from an arty university degree. But this is far from the case when it comes to London’s Echo Lake. Party to extreme tragedy due to the sudden death of their original drummer Pete Hayes just days before the release of their 2012 debut album, tonight’s hypnotising show- which doubles as the launch night of their second LP Era, is a blistering exercise in catharsis.

Given that the aforementioned record was stitched together, in dribs and drabs, over an elongated three-year period, the performance, which leans heavily on its songs, is unexpectedly cohesive. With each number a glacial odyssey, no amount of dry ice (and there’s lots of it) can really contend with Linda Jarvis’ constantly chilling delivery. Her voice, angelic and piercing, soars high as Waves shivers through its mystical shimmer, cracking in an outpouring of grief as the quaking motorik drive of Dröm, which veers between shadowy and breakneck, overpowers her fragile tones.

Set-up wise, it would not be a mistake to brand the band, as many have, neo-shoegazers, with beany-hatted guitarist/multi-instrumentalist Thom Hill investing most of his stage time with eyes fixed to the floor tinkering with, and stamping on, a marvellous stack of pedals. Yet, far from detracting from enjoyment, Hill, the band’s main creative force, is the most responsible for the band’s swirling and illusory live sound. At one moment garnishing the occasion with celestial solos and the next adding a rainbow of patterns to the mix with some light organ twiddling, his is an underappreciated genius.

Keeping a well-oiled set to under an hour, tonight signals a storming new era for the haunting Southern four-piece and one that feels, well and truly, like being lost in a dream. Exquisite. 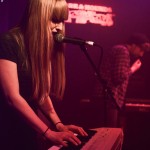 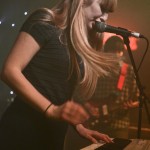 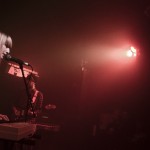 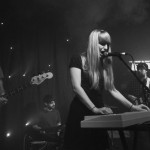