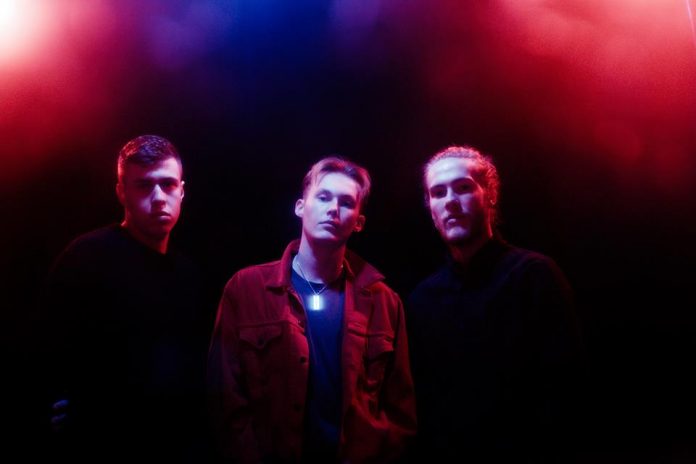 How do you solve a problem like Club L’Amour not been on one Friday? The answer is you transpose all its’ regulars into another club. The Dark Horse in Moseley became a who’s who of L’Amour of Famers. In one corner, Kez Handley was bobble-hatted and boisterous, Joshua Rusholmeruffian-Holmes did his best Bernard Sumner impression and there was at least one Spittle on show.

It made sense, then, that the bands performing were also L’Amour regulars. Breeze have caused a fair amount of bluster since forming, and as the crowd mosh politely and give bassist Jorge his usual chant, the songs they air from Toot De La Fruit sound just as epic and yearning as they do on record. Perfectly blending atmosphere with substance, Breeze have an admirable knack for crafting songs that fog the mind but tug at the heart.

YVES are the best thing to come out Swindon since XTC, and although they don’t have the flamboyant wit of Andy Partridge, they pack a punch as mean as all of Wiltshire. The power trio format has been perfected in many different ways, from Husker Du all the way to Biffy Clyro, and here the three-piece match the scuzzy riffs of Bob Mould with a more Britpop flavour.

It doesn’t matter what weather is going on, for Afterbloom are now fully in season. Their lead single, the laconic lo-fi chug of DUH, has received airplay on Radio One, and all for good reason – the four-piece take the B-Town bravado of Superfood and JAWS and blend it into a surf-rock smoothie, Ben Clapton being allowed the freedom of Pedal City as he embellishes each track with nuance and variance.

With these bands, and such regulars, turning out every week for gigs like this, it’s clear Birmingham’s music scene is in rude health.