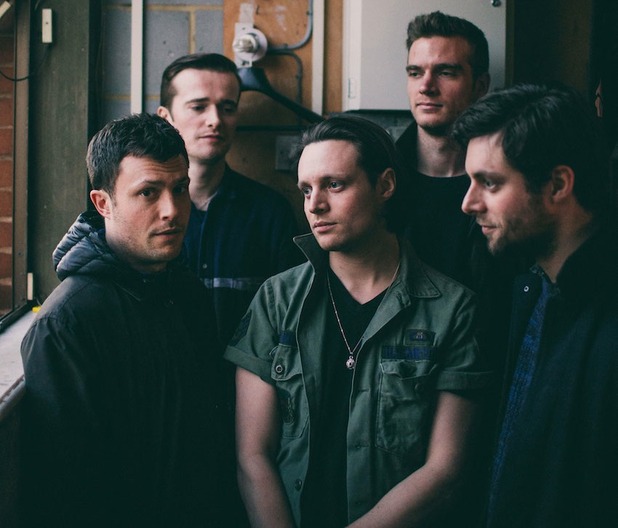 Back after a three-year gap, The Maccabees are raring to go. “We cannot wait,” they tell David Vincent, ahead of a live appearance in Birmingham.

The arrival of new track Marks To Prove It last month marked the end of a three-year silence from The Maccabees.

“You can’t believe how much of a relief it feels to get it out there after all this time,” declares guitarist/vocalist Felix White with a strong sigh. A crashing fury of a track, it’s the first taster from the quintet’s forthcoming fourth album.

“It’s a fun track, almost flippant, completely different to other tracks on the new record,” Felix continues. “We didn’t want it to be too considered. There’s not a whole lot of songs like that on the record – loud, punky songs – but the aesthetic ties in with the rest of the songs. There are tempo shifts, swapping guitar lines, a clarity to the vocals, but Marks To Prove It is the most frantic thing on there.”

Getting the album completed has been a rocky road for the band, who’d announced its imminent arrival back in 2013.

“We came off touring Given to the Wild and we were so confident, we felt we were the best we’d been and that we’d go straight in [to the studio] and smash the record out,” explains Felix of the lengthy gestation period. “But everyone was exhausted, everyone had slightly different ideas of how it should sound and everyone needed to piece their lives back together again. We gave ourselves a year…it was all well intentioned, but we should have taken three-to-six months off, had a break.

“So it took a long time to work it out, what bits of music we were going to use, how it would sound, and we’d be doing that every day. We just got lost down that wormhole.”

But after clambering out of the wormhole, the latest single marked a turning point.

“Marks To Prove It was a moment of clarity, a catalyst for us,” Felix says. “There’ll be a second single soon, which is more soulful, and then the album late July, which has 11 tracks on there.

“And,” says Felix, after stressing he’s been sworn to secrecy by the band’s management so is unable to reveal any real details, “there’s going to be more things, things we haven’t done before but I can’t talk about them! There’s quite a bit more stuff we recorded that isn’t on the album.”

But what he will say is that several new tunes will be performed live on the band’s mini comeback tour this month.

“There’ll be as many new songs as possible, probably about five, with tracks split across each album. We supported Kasabian a while ago and we did four new songs then. It was a tough environment, but they worked, which was reassuring. [The new songs] have got that atmosphere, but they translate to gigs – live, they sound their best.”

Felix says that he, vocalist Orlando Weeks, guitarist Hugo White, bassist Rupert Jarvis and drummer Sam Doyle, are desperate to get back in front of a live audience.

“I cannot wait. It’s part of the celebration, there’s so much depth of detail in the record, in each of those three minute songs, and to have people there, it’s a celebration of being in a band.

“We’re going to be playing with the dynamics, so there might be certain extra instruments – we’re just working it out now. It’s been so long – three-to-four years since we’ve been to these places. We did a warm-up recently before the BBC 6 Music Festival, and the atmosphere was just brilliant.”

The four dates – Birmingham, Glasgow, Manchester and London – will be followed by a North American trip which will see the chaps reunited with Mumford & Sons.

“We actually took Mumford & Sons on their first ever tour, it was just before their first record Sigh No More blew up,” says Felix. “It was on the tour for our second, Wall of Arms, in 2009. Now look at them. You cannot believe how big they are in America. They’re playing in front of 20,000 people a night – they’re pretty well off the radar. But those shows, as a support, they are the least nerve-wracking. You’re so far away from the audience, it’s like it’s not happening. Playing an acoustic guitar in front of 100 people is more stressful than playing for an arena of people munching popcorn as you’re more exposed.”

The Maccabees are live at The Institute, Birmingham, on May 11. Marks To Prove It is out now. The band also play Glastonbury and Leeds/Reading festivals.