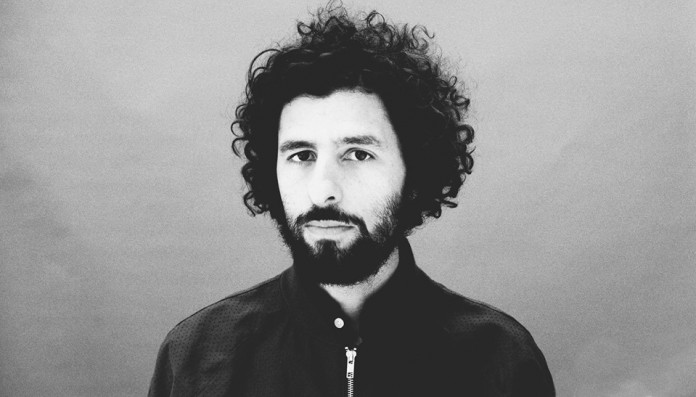 Distinguished and lovable Swedish folk artist Jose Gonzalez plays the Birmingham 02 Institute on December 14, Guy Hirst talks with Jose about his 2015 album Vestiges & Claws, the ever-growing need to celebrate culture, the evolving function of his songs and the intellectual themes behind them.

You released your third album Vestiges & Claws January this year, you said that it thematically revolves around civilization, solidarity and humanism, tell us more about your favourite themes to work with.

Themes I think about are Zeitgeist and things that move from generation to generation through culture and ideas. Lyrically in Vestiges & Claws I’m talking more to civilization and less about myself – What Will and The Forest are very much along those lines. I like to think about humanity from a universal perspective, we’re a bunch of primates living on a planet out in space – so humanism offers how to deal with global issues and civilization from a more neutral and rational stance. I think of solidarity in the vein of artists like John Lennon and Bob Marley – Marley sings about one love and I think there’s a lot of room for those type of songs today, from feminism to global ethics. I’m always looking to improve the subjects my music deals with.

You’ve also said that your second album In Our Nature was partly inspired by Richard Dawkins’ God Delusion and Peter Singer’s Practical Ethics, does literature continue to inspire your music?

I’m inspired by the enlightening values [of those books] and by them also being researchers, scientists and philosophers in their own right (Jose was studying his PhD in biochemistry at the time of his musical breakthrough). I also watch a lot of online lectures, I recommend Max Tegmark, a Swedish cosmologist, his talks on world issues from a universal perspective have inspired me. I’d like to mention a book I’m reading called Who Cooked Adam Smith’s Dinner by Katrine Marcal, she writes about the economic importance of women and challenges the male-centric views of [renowned economist] Adam Smith. The invisible hand theory is something everyone should be aware of. This is all constantly inspiring.

You’ve never had a producer work on your solo albums, tell us more about this.

Since it’s just guitar and vocals it’s hasn’t been an issue, it’s more about me rehearsing. So Vestiges And Claws is a continuation of that tradition. I wanted to learn the tools myself and keep my vision all the way through. It’s nice to collaborate but it can shift your style. Whenever I write, whether it’s at home or in my studio, it’s a living room environment. Headphones, laptop, guitar – that’s the way I like it.

You’ve had such a successful career, but what’s most exciting for you in 2015 and looking into the new year?

The most exciting thing right now is the awesome five-piece band on this tour, we’ve got a singer from London called James Mathe (Barbarossa), African and Latin percussion sections, four part vocal harmonies, kind of in a Crosby Stills Nash style, it all varies from being stripped down acoustic stuff to being really danceable. In 2016 I’ll be touring with the NYC Chamber Ensemble which I’m really looking forward to. Since I’ve been playing classical guitar I’ve really been enjoying those moments where you can truly appreciate the silence between the music. I love focusing on classical instrumentation in ways you can’t really do in a club or festival setting too.

Your Paris date was cancelled following the recent attacks, how did this affect you?

We could have easily been a band playing on that day. I had friends who went to dinner not so far away from those restaurants too, so it really affected me emotionally, it came close to home. On a more intellectual level though I’m still realising that you can’t be afraid as an artist, it’s emboldened me in thinking about how important it is to have as much culture, music and art as possible. I like to think that shows can be ideologically neutral meeting zones. So after three days of mourning it was good that we could play our show in France with all of this in mind.

What’s most important to you as a musician and a lyricist?

Music was the hobby that became my work so it’s important to remember that it’s a fun thing to do. It’s a job that I shouldn’t consider a job, you know, finding a chord progression and just being able to feel something. When I’m playing live I always get an emotional reaction, those are the moments I live for. Lyrically I like to explore the function of art, it’s not only about pleasing words – in my latest album I’m asking a lot of questions. I love how much music has that function for me now – it’s a way of asking better questions and hopefully getting better answers.