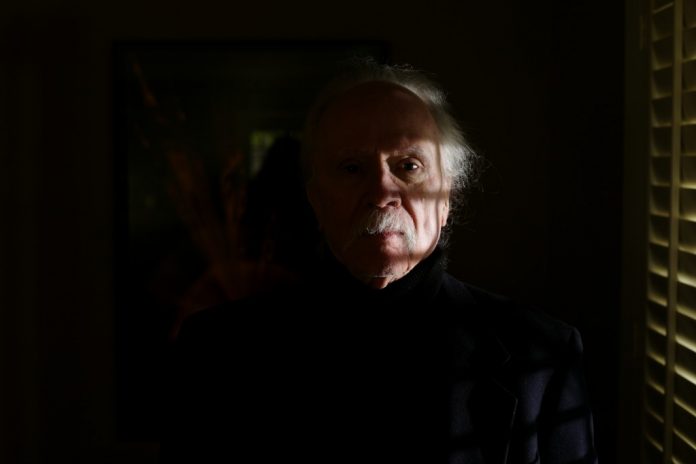 Despite making his name as a Hollywood director and writer, John Carpenter has always been deeply involved in music. The son of a music professor, his very first film, seminal sci-fi feature Dark Star, saw the polymath composing the score, alongside writing, producing and directing.

He’s since gone on to create influential soundtracks for many of his movies, including the taut Assault On Precinct 13, tense Halloween, Big Trouble In Little China, and Escape From New York. An early adopter of synthesizers, his pulsating, minimalist themes have influenced generations of electronic artists and composers.

Now, aged 68, he’s taking that music on the road for the very first time, with son Cody, and godson Daniel Davies (son of The Kinks’ Dave Davies), performing his greatest film themes, and tracks from his recent Lost Themes I and II studio albums.

Rather than head out with backing tracks sitting on a laptop, the ‘cold wave’ movie tunes are being recreated with a six-piece rock band, adding an extra punch.

“We definitely wanted to be a live band, there was a rock feel that we wanted to get across, as you can hear on Escape From New York [Official Live In The Studio promo – see below]. We had a drummer and it made sense to use that drummer,” says Cody, who co-wrote both Lost Themes albums.

The show, which has been picking up rave reviews as it snaked across the US and Europe over the summer/ autumn, sees the band (with John playing keyboards) perform against a backdrop of choice film clips for a full multi-media show.

“We have sort of a number of panels … with big screen behind us, with some side screens, where you’ll see clips [from the films] and other interesting stuff on the Lost Themes songs. We really wanted to do something like that,” Cody continues. “With the film clips, they’re specially edited…”

Entitled Live Retrospective, the tour sees the band dip into all corners of John’s musical career.

“We don’t go back to Darkstar – although I guess we could,” says Cody, referring to his father’s debut sci-fi feature film from 1974. “But it goes back as far as Assault On Precinct 13 [1976], right up to Lost Themes and Lost Themes II.”

The two Lost Themes albums (featuring original, non-movie material), and subsequent country-hopping tour marks a remarkable career turn for the Hollywood maverick, famed for such films as The Fog, Christine, They Live, The Thing and In The Mouth Of Madness.

“When he was in High School or university he played in some bands, a cover band I think, but other than that, he’d never played live before like this,” says Cody. “I was a little worried – but it’s been no problem, no problem at all. He loves it!

“All the shows have been great fun, all these countries I’ve never been to before …”

And Cody and John have relished the experience of stepping out in front of huge festival crowds and audiences in their thousands.

“Was it daunting?” Cody questions with a laugh. “I don’t really mind it – it’s better seeing all those people out there that there being no people!”

Despite having a movie-making dad and actress mom (Escape From New York co-star Adrienne Barbeau), Cody’s first love is music, not film.

“I’m a huge fan of classic progressive rock from the ‘70s, like Genesis and Emerson Lake and Palmer. They’re a big influence on my music, and adding to that lot of the video game music from the late-80s/ early-90s.”

Releasing five albums (and counting) as Ludrium, Cody’s also worked with his dad on several projects.

“I did the score for two episodes of the Showtime series Masters Of Horror – Cigarette Burns and Pro-Life. I scored the first one and did the second with his help.

“Unfortunately, they’re not available – so they are truly ‘lost themes’.

“I’d love for them to be released. I had a company contact me a few years ago who wanted to get them released, but it didn’t happen, I guess for legal reasons.”

He’s also been working with electronic groups such as California’s Dance With The Dead and Containment alongside co-creating the Lost Themes I and II albums.

As the John Carpenter tour makes its UK debut, there’s already questions regarding what’s next. Will there be more dates from the auteur and band? Can we expect a Lost Themes III?

“I don’t know,” says Cody. “We’re more focused on the tour at the moment. As of right now, our last date is in December, in Houston, with our last European show in November in Paris.

“But you never know!”