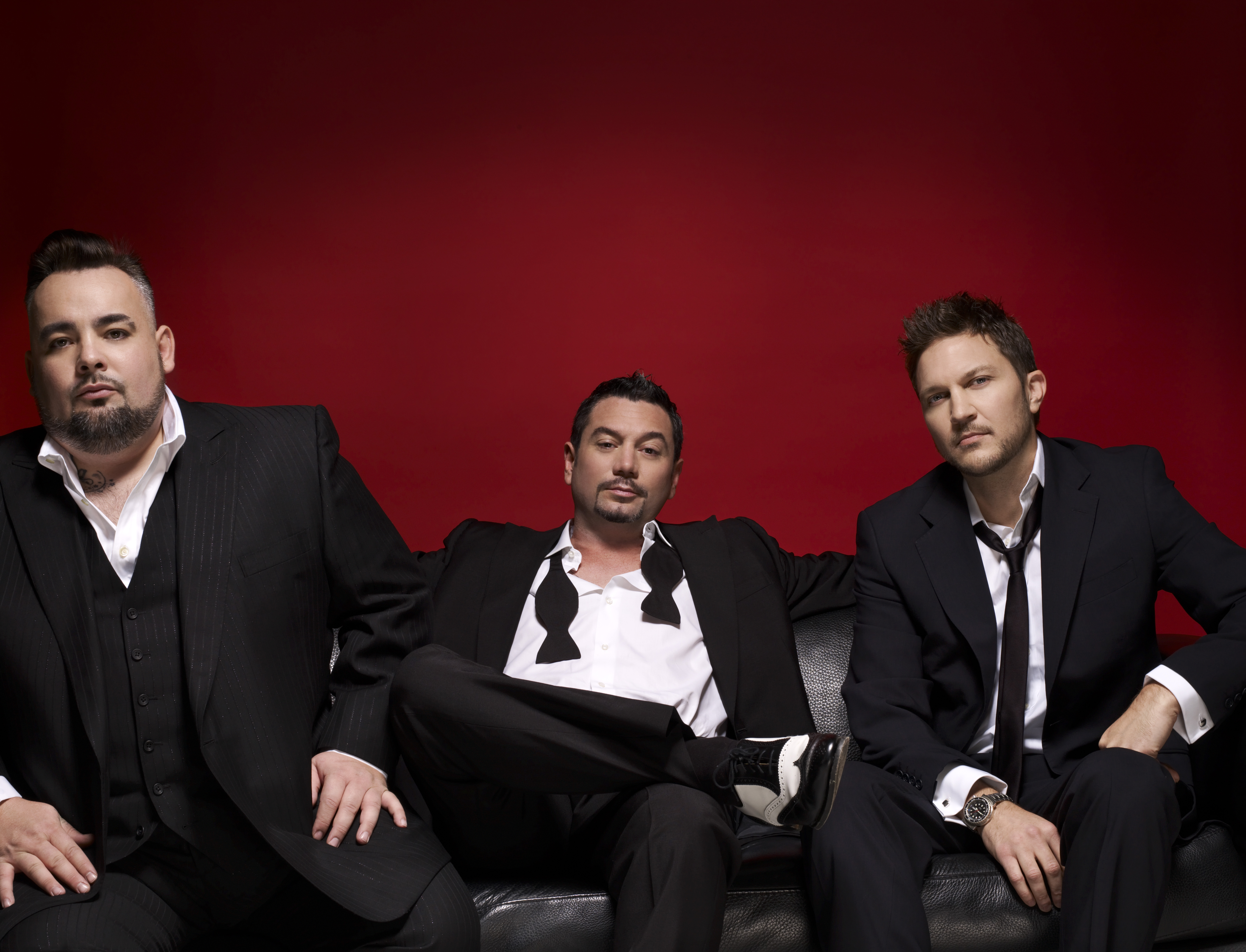 The mention of Mostly Jazz Funk & Soul Festival gets an instant response from Fun Lovin’ Criminals‘ co-founder Brian ‘Fast’ Leiser. “I like performing at festivals like Mostly more than V or Reading/Leeds because we’re not as ‘pop’ as we used to be… and festivals like Mostly, that’s where music-lovers go, and we wanna play for people who know our music,” he laughs.

But their Friday night headline slot isn’t the only reason he’s looking forward to the fest, as earlier in the day, he and fellow FLC cohort Frank Benbini will be taking to the second stage under the guise of Radio Riddler.

From an initial idea of reimagining hits by the likes of Coldplay, Queen and Nirvana as reggae tracks, Radio Riddler have since ‘riddled’ the likes of Marvin Gaye, Adele, Run DMC, The Beatles and The Bee Gees, while their debut album, the just-out Purple Reggae, sees the duo re-record Prince’s hit-filled Purple Rain.

“Frank is one of the top 10 biggest Prince fans in the entire world. He’s gone to see Prince 47 times! In different countries! He listened to Purple Rain when he was, like, 12, and just freaked out,” chuckles Fast. “Prince does these concerts with short notice, so Frank’ll find out he’s playing in somewhere like New York, get on a plane, and just buy a ticket off someone for $500.”

The reggaefied track-by-track Prince tribute has been a substantial five years in the making, thanks in part to Fast and Frank’s desire to call in some celeb pals to assist with vocal duties, including Suggs (Let’s Go Crazy), Hollie Cook (The Beautiful Ones), Citizen Cope (When Doves Cry), Ali Campbell (Purple Rain) and Beverly Knight (Baby I’m A Star). The album also sees Irish chanteuse Sinead O’Connor, who famously hit number one in 1990 with Prince cover Nothing Compare 2 U, tackle I Would Die 4 U, in what is clearly a major scoop.

“How did Frank get Sinead to do another Prince song?” cries Fast. “I don’t know , but we think it’s pretty cool. Frank just talks to anyone and gets them to do it.

“Take Me With U has Deborah Bonham on it,” continues Fast, referring to the sister of Led Zepp’s sticksman. “We met her through Harley Davidson, at one of these festivals where bike enthusiasts come to rev’. I heard this woman singing and I thought, ‘man, she’s got sick pipes!’ She’s such an awesome singer. Frank’s second favourite band is Queen and third is Led Zeppelin, so Frank convinced her to sing. She’s not a big reggae fan, but she nailed it.”

Released to coincide with the 30th anniversary of Purple Rain’s original release, there’s sadly no word from The Purple One’s camp as to what his Princeness thinks to Purple Reggae.

“Not sure if Prince likes it. He’s the man! Super talented. He can play any instrument. He’s an amazing songwriter, a great singer, but it’d be a bit hypocritical if he doesn’t like it because he does cover versions.”

So how do Frank’n’Fast feel their version stands up alongside the 1984 soundtrack?

“Is it better than the original Purple Rain?” Fast queries. “The original is the original, it’s the first, no one had ever heard it before then. So for us, this is just another version, and that’s cool.”

Formed by flatmates Fast and Huey Morgan in their home of New York in the early-90s, Fun Lovin’ Criminals mix of hip hop and blues/rock found favour this side of the Atlantic, thanks to such tracks as The Fun Lovin’ Criminal, King Of New York and the Tarantino-sampling Scooby Snacks. With Brit Frank already resident, the native New Yorkers have since upped camp and relocated to the UK.

“It’s a better HQ for us that New York,” Fast states, adding it’s a perfect base for their continent-hopping live and DJ appearances.

As they edge towards their 20th anniversary next year, Fast stresses that although their tastes and outlooks have changed, and they’re all involved in a myriad of side-projects – from Frank’s Uncle Frank solo gig, to Huey’s BBC 6Music show, Huey And The New Yorkers and a long-on-the-cards project with Echo & The Bunnymen’s Ian McCulloch – those elements that made FLC such an appealing prospect to Britpop-drenched Blighty remain very much intact.

“I love the smooth soul side, the rock is more Huey’s side. When we started this band, I thought ‘this is cool’, this mix of styles. Now I’m older, I love reggae, hip hop, and Huey loves blues and country and western, which is cool when we get together to write FLC songs,” says Fast.

“You know most bands say ‘we never want to repeat ourselves’? Well we say ‘no’. We’re confident with our sound, it translates from the studio to live, it’s working, and that’s important.