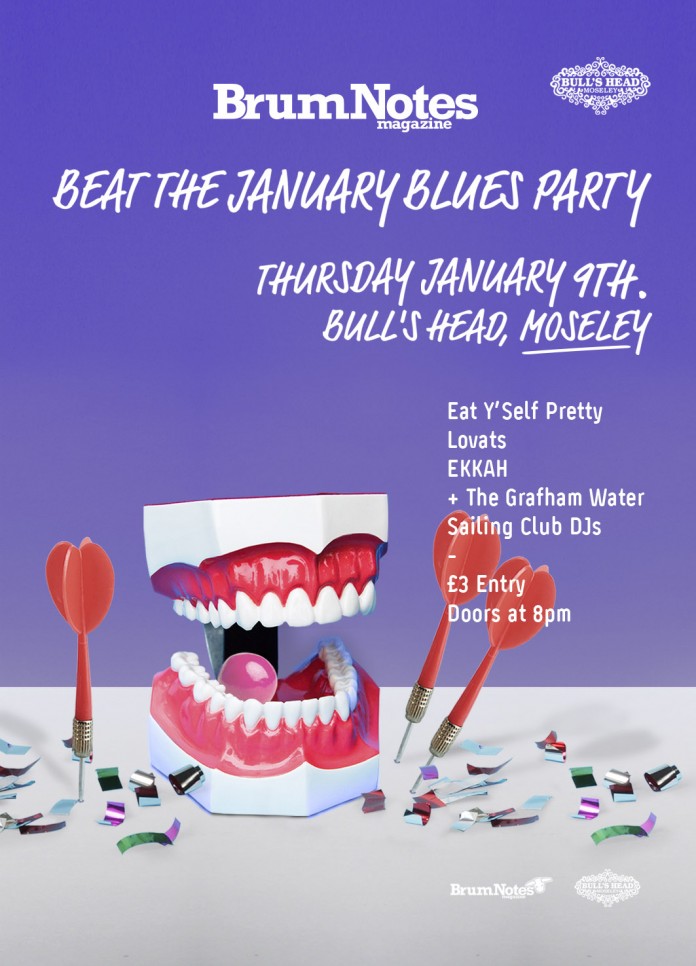 Formed by founding members of low key local success story The Arcadian Kicks, Rebekah Pennington and Rebecca Wilson, EKKAH is a new five-piece with only a couple of live performances to their name. Combining beautiful vocal melodies with thumping drum beats and an electro underlay with a nod to retro house along the way, these little lot are exciting.

We were lucky enough to have a sneaky listen to one of their tunes, I Don’t Think We Should Stay, and trust us – it’s an absolute corker.

Ahead of their appearance at our Beat the January Blues Party, we chat to EKKAH to find out more.

Hello EKKAH, you’re super new – step on in and introduce yourselves!

We are two girls who like to dance, backed by three awesome boys.

You’re inherently musical and have been in other musical projects before. How long have you been working within EKKAH and what are you hoping to create and achieve?

We’ve been working on EKKAH for quite a while but only recently has it become something more solid – we feel we have created music that people can have a good time to.

How would you describe your sound?

It’s kinda pop/ girl funk. There are some retro elements in there mixed with modern sounds.

What’s important in a live performance?

We think it’s important to have a big, polished sound, enjoy it and dance!

How does songwriting work between you and how many songs do you have ready at this super early stage?

Both of the Beckies and our bass player in the band write the songs. We have locked ourselves away for pretty much the whole of summer writing tracks, so we have quite a few.

How do EKKAH have fun??

We have been spending a lot of time at our lock up in the Jewellery Quarter, drinking, recording rough demos, but we’ve been working quite hard lately so we’re just looking forward to performing to people.

You play the Brum Notes Beat the January Blues Party on January 7. It’s a catchy name, we know. Do you get the blues after Christmas and if so, how do you overcome them?

We are really looking forward to this year so hopefully our Christmas blues won’t be too bad!

What can people expect from this performance – how do you plan to entice people out from their post-NYE poverty-ridden husks?

We aim to get people excited about 2014. Bring all the left over Xmas glitter!

What do you have planned for the new year?

We’re just going to play some gigs and show people all the music we’ve been working on over summer.

EKKAH play our Beat the January Blues Party at The Bull’s Head, Moseley on Thursday, January 9 with Eat Y’Self Pretty and Lovats as well as The Grafham Water Sailing Club DJS. Entry is £4 – find out all you need to know here. 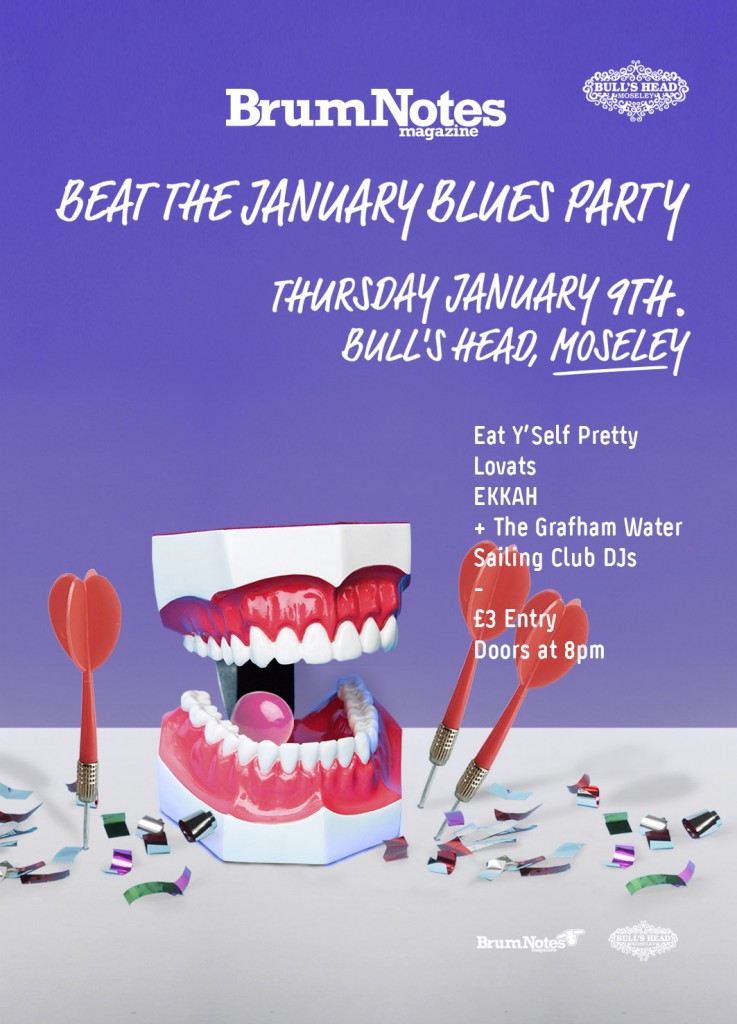