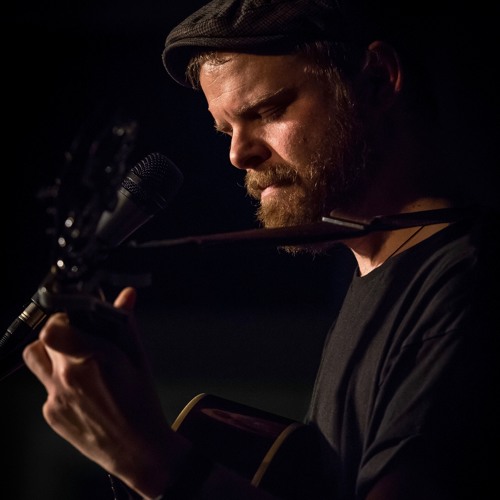 Singer-songwriter Chris Tye has been playing across the West Midlands (and further afield) since the early ’00s. Releasing his first album, Somewhere Down The Line, in 2006, he belatedly followed it up in 2014 with The Paper Grenade. Now comes Stronger In Numbers.

Released on 21 April 2017, Stronger In Numbers is Tye’s most assured release to date. Produced by Michael Clarke (Ron Sexsmith, Dan Whitehouse, David Brent’s Forgone Conclusion) at his Kings Heath studio, the 11 tracks see Tye aim to mesh his love of classic songsters, such as Paul Simon and John Martyn, with the bigger sound created by the likes of The National and the Shins.

The album is launched on Saturday 22 April 2017 at Ort in Balsall Heath, Birmingham.

The title track, Stronger In Numbers, was inspired by a close friend who passed away, and how he felt lifted, stronger, with people around him …

This one, more than any other track on the album, directly tells the story … about losing my friend and everything I learnt from that. I had the chords and melody for a while and no lyrics. I remember the working title was ‘Just saying’ for no reason what so ever. My good friend, and brilliant songwriter, Dan Whitehouse says he always gives his demos titles, so that they are easier to revisit and you begin to take ownership of them. I’ve taken this on board ever since … just avoids a situation where you have endless numbers tracks.

The recording of the song was much more acoustic sounding until we had Paul Connop – an amazing guitarist – visit us in the studio. Paul plays with Scott Matthews and has such great taste for tones and atmospherics.  He sent to track in to outer space really – in a great way. We recorded so much material with him, layers and layers of this beautiful ethereal vibe. Then Michael and I immediately shot out into Kings Heath to celebrate a good days recording with four thousand and six beers. The following day was a challenging one – loads of editing for Michael and loads of moaning and groaning, and sore head complaining from me sat next to him!

As much as I love this track and loved the whole process of working with Paul Connop – there will always be part of my head that hurts when I remember the hangover from hell in Kings Heath.

Do you have any other favourite tracks on the album?

More Than A Dream – I think Michael added the piano part … and then we were then a bit stuck with the track. I remember driving over one evening, towards the end of the tracking process, and just throwing all the percussive layers at it – we had great fun recording all those parts. I remember reading an interview with Jamie Lidell, and he was saying something like – part of the magic of creating a good groove is in capturing different percussion parts, so say 16th notes on the ride cymbal, and 8th note handclaps on one mic at the same time as one performance … the old skool way I suppose – when producers didn’t have the option of 96 tracks of audio, just one mic in the middle of the room and have fun making sounds! The progress of the track was helped further when my friend and record producer did an early mix of this song (it actually comes with bonus tracks for the album); that mix and his perspective helped us nail the direction for the song!

You have a fair few guests on the album – Dan Whitehouse, Vijay, Michael King etc

Yes, given the theme of the album – togetherness/ stronger in numbers – I was keen to make the process as inclusive as possible. We had Michael and Anna from Boat To Row join us on the record. I’m a big fan of their work, especially the most recent album I Found You Here. I have been aware of their work for a while now, a little while back Michael and myself were doing some work at the same school, and found we had a lot of common ground, he sings some beautiful backing vocals of a few songs. Anna is a sublime string player she was kind enough to play some sting parts on a song called‘No Sin’ – the strings were arranged by Scott Matthews and Jo Hamilton producer Jon Cotton. It’s a beautiful arrangement and it really came to life once we had Anna’s playing on there.

Vijay Kishore and myself are great friends. We’ve gigged together loads over the years, I’m so pleased he was able to sing on my record. He’s currently working on new material, which as a fan I’m extremely happy about.

You’re launching the album at Ort with a stripped down trio, and have Hannah Brown opening …

We played a show together as part of the BBC Introducing showcase with Jo Whitley back in 2015. I’ve been hoping we could work together since then. She’s a huge talent, she writes such accessible songs and has a really cool sound.