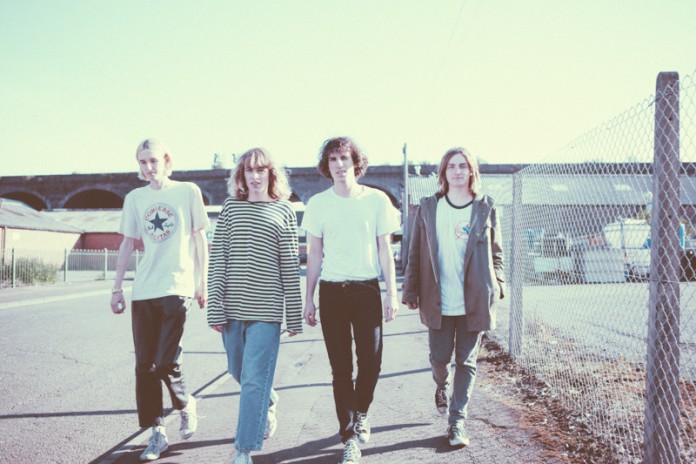 Birmingham’s latest sweethearts Swim Deep prepare for their biggest hometown headline show yet, when they take to the stage at the historic Town Hall this Friday.

The latest live tour follows the release of their hotly-anticipated debut album Where The Heaven Are We. Frontman Austin Williams tells Amy Sumner what inspired the record.

“It’s a little nod towards the heaven is a place on earth idea, because I think that it can be heaven if you want it to be,” fantasises lead singer Austin Williams in reference to the title of Swim Deep’s debut album. Around two years into their existence, this is the record that fans have been waiting for and it’s a record which encapsulates the shimmering West Coast positivity which has always underpinned the ethos behind them. It drips as thoroughly in idealism as it does in sunshine.

“As an album, it’s probably not what we set out to create, but I don’t know what I set out to create in the first place,” Austin admits. “But you’ve got all of these other people influencing it. There’s a certain aura to every song which is the same and that’s what I wanted in the long run – a certain sound.”

And a certain sound is what Swim Deep have certainly achieved. The record is cohesive and in keeping completely with the aesthetic that they have built for themselves.

“I think it would be really easy to say ‘they’re signed so the label must want their faces on everything’,” explains Austin, about the move to use the band members’ faces as the album artwork, “but it was our choice. I always like to see the band that makes the music – imagine if you didn’t know what The Beatles looked like…I just compared us to The Beatles…didn’t mean to just yet. But you want to connect with the people that make the music you love so I think it’s cool and brave and bold to put yourself on the cover.”

Swim Deep played a triumphant homecoming show at The Institute in Birmingham earlier this year, at the time their biggest show to date, where fans were treated to some of the new tracks for the first time. It seems it was an emotional occasion for band and fans alike.

“I don’t see us as a big band in the slightest but all of the bands that I’ve seen in that venue have been huge so it was really confusing. It’s really emotional to think that that many people want to come and see your music after so little time but it’s so good and I am so in love with our fans.

“In the last half year, we never really thought about the live shows that much, which I suppose was a bit bratty and selfish of us. We’d just go on stage and drink as much as possible and we thought that if people were drunk and having a good time then that’s all that mattered. We wanted to step up our game and actually start playing music to the people who have paid to come and see us. We’re not there yet but we just want to make the best live show that we can.”

Which they should achieve by playing at the Town Hall in Birmingham on September 20, a surprisingly unique choice of venue for the home leg of what will be the band’s biggest ever tour.

“We’ve played The Institute now so we thought ‘where the hell do we play next?’ We’ve got to top it but we can’t go to the arenas just yet’. There was the option of not playing in Birmingham and playing in Wolverhampton instead, but I said ‘fuck that’ straight away. No part of me wanted to announce a tour and say ‘our date is in Wolverhampton so you’re all going to have to get the train’. We’re from Birmingham – that’s our main fan base – they love us so much and we love them and to give them a special show was something that we really wanted to do. It’s going to be a special occasion.”

Swim Deep are live at Town Hall Birmingham on Friday, September 20. Tickets, priced from £12 + BF, are available here. Debut album Where the Heaven Are We is out now. Read Austin’s track by track guide to the record here.

This interview first appeared in the July edition of Brum Notes Magazine. 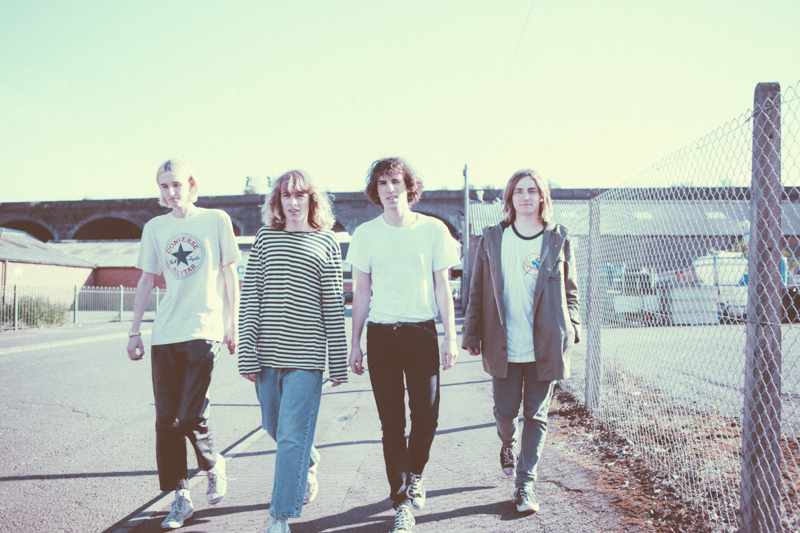