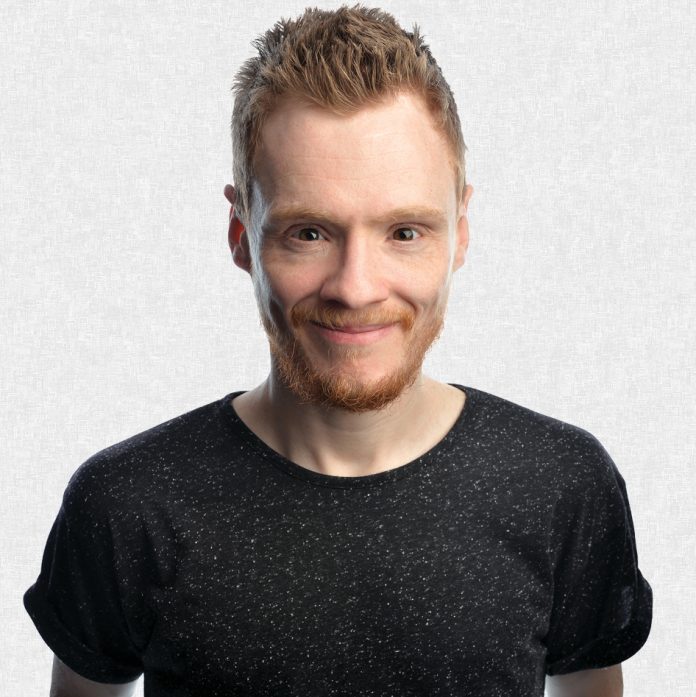 When is a joke not a joke? When it’s told out of context … as comedian Andrew Lawrence has discovered on more than one occasion.

Known for his desire to find comedy in areas others fear to tread, Lawrence has found himself at the centre of two notable uproars: firstly, after a 2014 Facebook post which pointed a finger at ‘out of touch, smug, superannuated, overpaid TV comics’ for failing to see that UKIP had resonated with voters; and secondly in December 2015, when a Tweet tying horrendous male suicide figures with a distinctly twisted call for sexual equality prompted a minor ‘Twitter-storm’.

“The joke was “Given that about 80% of suicides in the UK last year were committed by men, if feminists truly wanted equality, they’d kill themselves ;)”. This was a joke,” stresses the comic. “Pretty dark, but it was obviously going to attract the wrong sort of people.”

From there he discusses the “adverse reaction” he expected, definitions of feminism, sexism, misogyny, and factions within these broad groups, before arriving at the eventual – and perhaps unexpected – outcome.

“Someone set up petition, saying the BBC should ban me, which maybe 50 people signed,” says Lawrence, whose 2015 BBC Radio 4 series was called There Is No Escape. “But then The Telegraph printed an article and did an online poll. There’s this strange thing with polls where people like clicking them. They had something like 12,000 votes, and 87% of them said ‘no’ I should not be banned from the BBC.”

It seems that the overwhelming majority recognised Lawrence was joking – not actually demanding genocide.

“That was a gift! I got a nice bit of material out of that!” he quips.

Naturally, the latest show from the man who recently published a self-help satire entitled Reasons To Kill Yourself, is called Uncensored.

“In the show I talk about quite a few comedians who’ve put funny stuff on Twitter from time-to-time, and it’s blown up, because certain people think it’s in poor taste, that you shouldn’t put that stuff up [on social media],” he says. “There’s also little stories about how I’d maybe put my foot in it and the ramifications of that … and offence in comedy, and the jokes you can and cannot make. And I broaden out the material and improvise around audience reactions to it.

“I talk about if you’re offended and what it might lead to. But really it’s just a one-and-a-half-hour show of jokes, observations and stories.”

Aware of the restrictions demanded by television, Lawrence clearly prefers the thrill of live stand-up as he continues to push comedy into dark, challenging and controversial corners. Punters have been impressed too, as audiences for his tour and Edinburgh Fringe shows continue to grow.

“It’s like audiences want someone who says the things they’re all thinking, but not allowed to express in any other form,” he says of live comedy audiences. “Comedy clubs are the only places you can say these things and where no-one takes them seriously. It’s a release valve, they are unspoken but you can put it out there. That’s one of the functions of comedy. The trouble comes when it spills out of that environment, like on Facebook or Twitter, where the environment is not as clear cut,” he says, before quickly reminding us, ” … but you’re not s’posed to take these things seriously.”