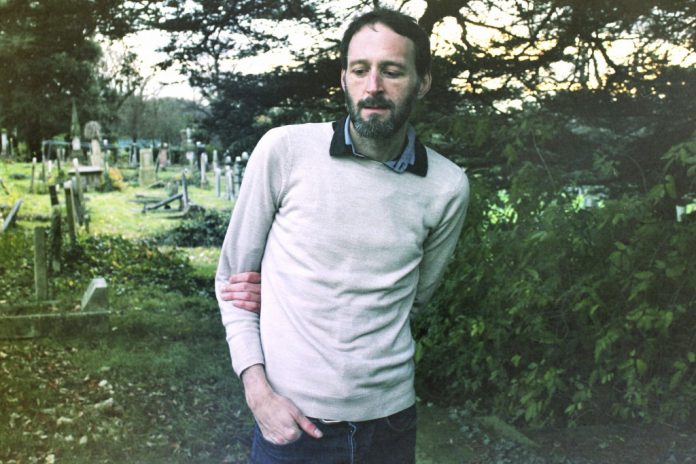 After the stripped down acoustic sound of his eponymous 2015 album, Scottish folkie Alasdair Roberts returns with the more electric-leaning Pangs.

“There is actually a little electric guitar on the self-titled album too, but there’s more on Pangs,” says the songwriter. “Also what there is on Pangs is electric Nashville guitar – that is, electric guitar strung with all the high strings from a set of twelve-string strings… so the lowest four strings are an octave higher than usual.

“That’s why the guitar solo on the title track is so very high pitched!

“I suppose Pangs is a bit more of a ‘rock’ record,” he says, perhaps misleadingly, “… so electric guitar makes a bit more sense in such a context.

“I play a very simple Danelectro electric guitar, but most of my writing is still usually done on acoustic guitar – and that’s true of Pangs as well, although I wrote most of the songs with the other players, Stevie and Alex in particular, in mind,” he adds, referring to band members Stevie Jones (from Sound Of Yell) and Trembling Bells’ drummer Alex Neilson – both of whom are joining him on tour.

Several Pangs songs, such as Wormwood And Gall, Vespers Chime, and An Altar In The Glade, have been informed by travel excursions, while the theme of faith also recurs.

“I don’t follow any particular faith, but faith and religion and the nature and mystery of them are continual sources of fascination for me and that shows up in some of the lyrical content,” Alasdair explains.

“Vespers Chime was a naive outsider’s attempt to describe the daily cycle of life in a community such as Pluscarden [a Catholic Benedictine monastery in Scotland], and it also touches on the concept of kenosis, which is difficult to ascribe one simple definition to but which I take as a kind of spiritual ’emptying out’ of the self or, perhaps in more modern terms, an abnegation of the ego.”

Meanwhile, the opening/ title track, Pangs (above), refers to an epic Irish legend.

“In the ancient Irish mythological text Táin Bó Cuailnge (The Cattle Raid of Cooley) there’s a reference to something called ‘Noinden Ulad’, which is often translated as ‘The Pangs of Ulster’. There’s some debate about what this means precisely, but many scholars think that it’s a reference to the practice of couvade, which is a birth custom in which, when a child is born, the man experiences the ritual of ‘labour’.

“In some cultures, men would take to their beds, undergo periods of fasting and purification and observe certain taboos.

“I suppose for various reasons – for example, through people I’d come to know and those around me who were experiencing pregnancy and so on – I’d been thinking about birth as a phenomenon, perhaps partly about the impossibility of fully comprehending it as a male person.

“Also just thinking about its place in the totality of life which my work as an artist is often striving to explore – see the line ‘between the birthmark and the deathbed bruise’ on the song The Way Unfavoured from the Drag City album Alasdair Roberts.

“Also, because we recorded the album in Ulster, at the great Analogue Catalogue studio with Julie McLarnon engineering, it seemed to make sense to have an album title which referenced that territory somehow!”

Roberts has been releasing music for over 20 years, first as Appendix One and then under his own name. He’s also collaborated with such artists as Will Oldham, Jason Molina, Karine Polwart, Lisa Knapp and Mairi Morrison, as well as forming one quarter of the BBC Radio 2 Folk Award nominated Furrow Collective.

“It’s an enjoyable group to be in because Emily [Portman], Lucy [Farrell] and Rachel [Newton] are all such cool people and great musicians. They all take their work seriously – but not so seriously that it becomes devoid of joy.”

The quartet are mooted to be appearing at Moseley Folk Festival this year, but before then, Alasdair heads to Warwick Arts Centre for a headline show, ably supported by Stevie Jones’ Sound Of Yell.

“For Coventry, Stevie, Alex and I will play a set as Sound of Yell and I’ll be playing a hurdy gurdy which is in serious need of repair,” he says.

“In fact, does anybody want to buy a semi-functioning hurdy gurdy?”