Local Americana five-piece Goodnight Lenin have announced the details of a very special live show to take place at the Hare & Hounds in Kings Heath on August 1. The show comes after the sell-out of their last live outing at The Prince of Wales in Moseley and ahead of the release of their debut album, In The Fullness Of Time, which is set for release this November.

This year has seen the band put the finishing touches to the debut album which they have been working on for the past year. The record, set for release on November 24, is mixed by Jonathan Wilson and is preceded by its lead single, You Were Always Waiting, in late October.

The year has also seen the band complete their ambitious Record Store Day project for which they recorded, mixed and mastered two Crosby, Stills, Nash and Young covers in 24 hours between the local Highbury and Artisan recording studios. After a TV appearance on BBC Midlands Today alongside the likes of Editors and local record store owners talking about the importance of the physical release, the 24 resulting copies sold out of their limited physical run.

This live performance at the Hare & Hounds will be the band’s last before the release of the album and its launch show at the end of November. Expect their well-honed Phosphorescent and Wilco-inspired West Coast Americana and a smattering of new material as a taste of what’s to come!

Find out everything you need to know over on the Facebook Event. 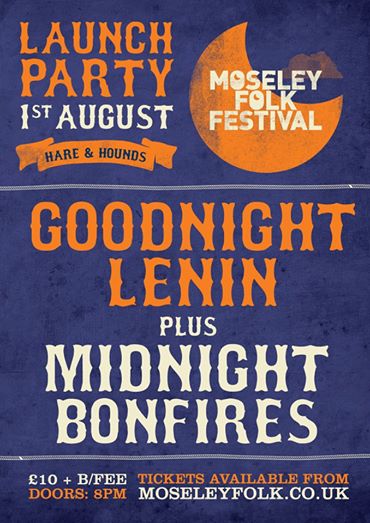