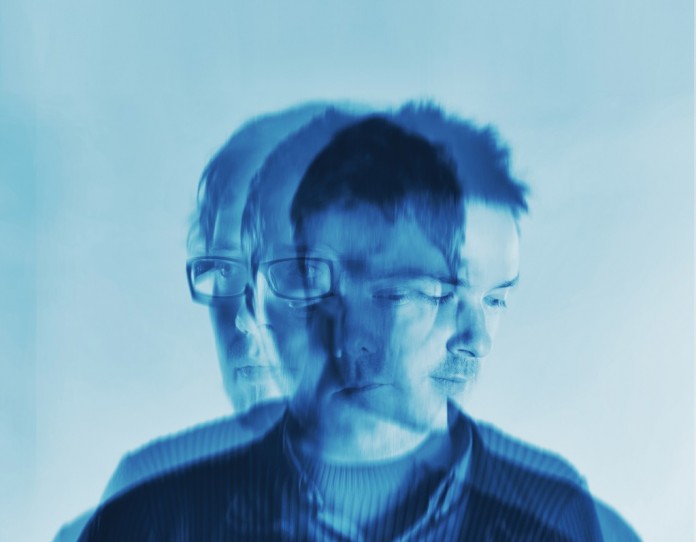 Manchester combo GoGo Penguin’s career has blossomed since their 2014 breakthrough V2.0 earned a Mercury Prize nomination (losing out to Young Fathers). Among the recent CV highlights have been a rescoring of seminal 1982 nature-inspired documentary Koyaanisqatsi, a collaboration with choreographer Lynne Page for DJ Gilles Peterson at London’s Barbican, and a new record deal with Blue Note.

The first fruits of the trio’s relationship with the truly legendary jazz label is Man Made Object which finds Chris Illingworth (piano), Nick Blacka (bass) and Rob Turner (drums) push the boundaries of what’s considered as ‘jazz’. Though broadly rooted in the genre, this is jazz mashed with classical, contemporary dance music and electronicia, that arguably owes more of a debut to acts like Burial, Four Tet and the Warp roster than recent Nordic and European jazz trends. As Blacka reveals, “Electronica and technology represents a realm of freedom for us in music.”

You performed your own live re-score to the film Koyaanisqatsi back in October. How did you approach the challenge, especially given that the Philip Glass music is such a huge element?

Well, it’s an iconic film and the score is a big part of it so our approach was to come at it from a different angle. I personally wasn’t too familiar with the film before the project so I watched the scenes with the sound down so as not to be influenced by the original score. Eventually, curiosity got the better of me, but we tackled it in a different way. For me the original soundtrack gives a sense of observation of the world and is at times emotionally impartial to the scenes. I felt that in our reworking there were some moments where we honed in on the more emotional elements, for better or for worse.

Did you reference the Glass score at all in your own piece?

No. Certainly not consciously anyway. We wanted to bring our own interpretation to it. Otherwise it would’ve felt like there wasn’t much point in us doing it.

Any plans to do it again? Or record (or release) it?

It was a lot of hard work but the project went so well and the two nights in Manchester were completely sold out, so it would feel like a shame not to do it again. We may look at recording it or touring it at some point down the line, but at the moment we’re too busy touring to promote the release of the new album, Man Made Object.

Would you agree that the film and your own work seem to share some common ground? That tension or relationship between what’s organic, nature, and technology …

Yes, I guess so. Electronica and technology represents a realm of freedom for us in music, a place to draw inspiration. In its own way it’s restrictive because there are some things that are pretty much impossible to emulate acoustically, but we like the fact that there aren’t any set parameters or rules to adhere to. In wider society it presents similar freedoms and greater tensions, but the stakes are much higher and the overall consequences can be much more sinister and destructive.

You signed to Blue Note last year – is it true that label president Don Was played v2.0, and two days later was in Hamburg to see you play?

I don’t know the exact time frame of events but it happened pretty quickly. I know someone at Blue Note in the US saw our performance on Jools Holland, and immediately called Don Was and he’d said that someone else had just been telling him about us. Either way he was at our Hamburg gig, we met him afterwards along with Nicolas Pflug, the head of Blue Note France, and there was a deal on the table the following week.

How was that show? And meeting Don?

We loved that gig. We’d performed at Uberjazz the year before in the same room and it was a stand-out venue and festival for us, so were looking forward to it. We knew that from the year before that the sound would be good and that the crowd gets right behind you, so we just eased into it and enjoyed it. Don was great. He’s a musician himself so he asked all of the right questions. It quickly became evident that he’s an experienced and well informed guy, but also very relaxed and just good to hang out with. He’s a bass player himself, so we inevitably had a little chat about some bass techniques and stuff.

Did you approach writing and making Man Made Object the same or differently to V2.0?

A little differently to v2.0. They were both made within quite a tight time frame but with v2.0 we didn’t have the touring schedule that we did for making Man Made Object. Therefore a lot more of the tracks came from ideas that were initially made on a computer. We did that for v2.0 too but more so on this album. There is definitely a stronger element of electronica influence on this album, but apart from that we haven’t deviated too far from away from what we were doing on v2.0.

A recording you did of a stray wailing feline is cited as the inspiration for the track Weird Cat. Firstly, how did the recording come about (do we need to alert the Cats Protection League?)? And secondly, how did that recording kick off the track (as it’s far more tuneful and frenetic than the source might suggest)?

Rob heard a sound in the street outside his flat that was really loud. At first he thought it was a baby crying and then realised it was a cat, I’m guessing on heat. He recorded it because he said he could kind of hear this melody in its wailing. I don’t think too much of what the cat was doing remains in the final composition that’s on the album, but the germ of it was in part inspired by this cat. Perhaps it should get a co-writing credit.

Yeah that’s a more mournful tune. It’s a lament for an old friend.

Are you looking forward to festival season? Any you’re particularly excited about playing?

Obviously we’re all buzzing about Coachella. I don’t think any of us could quite believe it when that gig came in, so we’re all very excited about being there, and hopefully checking out some other bands too. We did a few festivals last year, but we’re definitely looking forward to doing some more this year. Hopefully, they’ll be a few more to get booked in before the summer.

Any other plans for the year?

Last year we did quite a few special projects: Koyaanisqatsi live score, a specially commissioned dance project with choreographer Lynne Page curated by Gilles Peterson and also wrote and recorded the new album. I think this year is more focused on our live shows and writing new material towards our next album. However, there might well be a special release for Record Store Day in April.

Man Made Object is out now via Blue Note.