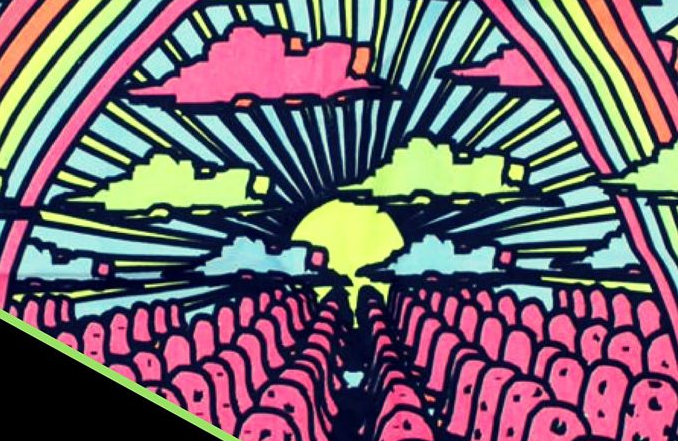 Gavin Monaghan may be based in the West Midlands, but his influence and his pedigree reach much further than that. In a career that has been as prestigious as it has been prolific, the producer has worked with bands from different regions with different statures, so what could be better than amassing his sizable roster for a regular night showcasing his label and studio?

Magic Garden, based in Wolverhampton, has been an institution within unsigned and established music for some time, and earlier this year Monaghan unveiled his latest project, Magic Garden Vinyl, where a slew of the bands under his stewardship will get their singles cut to the purest of forms.

Established with fellow reputable roustabouts Baddies’ Boogie, the Rainbow’s cellar is swelled as Birmingham troubadour Robert Craig Oulton takes to the stage. Oulton’s voice is an embellished ache, a tense rasp ready to uncoil at any moment, which is neatly juxtaposed with the blustery bile of his fuzzed-up fretwork. His EP, April Showers, was a brooding blend of jagged emo and ’90s post-grunge, perfectly evidenced on the longing yearns of ‘Cold Hands’, which meshes Death Cab with Toad the Wet Sprocket (and who ever saw that coming?)

Black Delta Movement are evidence of Monaghan’s breadth as a musician; from Hull and back, BDM come from Humberside with hellish riffs, Trumpian tirades and jagged melodies as jet-black as their threads. They mix the bombastic, brooding bludgeons of Rocket from the Crypt with the chugging scuzz of Xtrmtr-era Primal Scream (with a dose of Kasabian’s crackling thuds). Their three-track EP, Seven Circles, has as much feral ferocity as it does on record, and ensures their trip from pure Hull wasn’t pure Hell.

Just down the road from Hull, but in Birmingham for their maiden Second City sojourn, are Doncaster’s The Blinders. Bare-topped but covered in confidence, the band – now based in Manchester – have a sound that has the literate punk thrash of The Replacements, and perform with enough gusto to keep their pigeon chests pumped with pride.

Spilt Milk Society harbour a strong crowd, and the Wolverhampton combo’s brand of nimble, natty angular riffs and Two Door-infused dance rhythms keep the crowd, who are now bathed in sweat thanks to the Rainbow’s relentless heating system, splashing their beers with giddy abandon.

Dirty Jane have the honour of headlining the inaugural Magic Garden night, and they take the opportunity with both hands. Also Monaghan’s first signing to his fledgling label, the trio compose the riffy grit of Queens of the Stone Age with a blues-infused howl; big things surely beckon and the rammed Rainbow faithful agree in unison.

The first of hopefully many events, The Magic Garden’s launch night was a firm flag-planting for Monaghan’s network of talented friends. Might want to rethink the comedian, though.