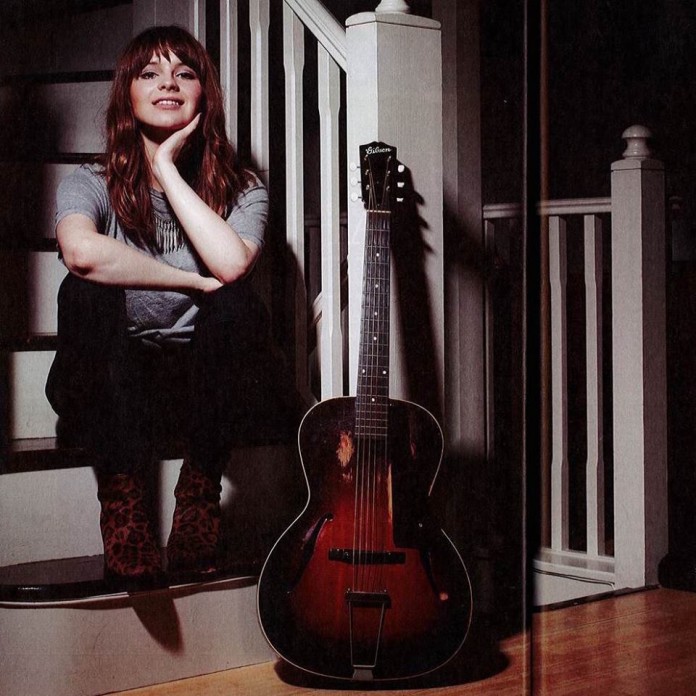 Indie pop chanteuse Gabrielle Aplin will bring her folk-infused sounds to the Birmingham 02 Institute on February 14, as part of her upcoming UK & Ireland tour.

Aplin has drawn comparisons to Joni Mitchell to her 2015 album Light Up The Dark, which was release last year, and Feist’s The Reminder. ““Her voice is just here, right at the front, and everything sits around it perfectly,” says Aplin. “I’ve also become much more comfortable writing songs about other people’s stories as well as my own, much of which is inspired by travelling and everything I’ve seen since my first album.”

Light Up The Dark adds a new chapter to a career that has already delivered 80 million Spotify streams, 90 million YouTube views, 1.5 million sales of single, and number one chart positions in the UK and Australia over the course of her debut album English Rain. Her second album has already received extensive Radio 1 support with a playlist for the title track as well as Huw Stephens’ Hottest Record followed by a second playlist for the recent single Sweet Nothing.

Aplin rose to prominence thanks to her Yuletide cover of The Power of Love (the Frankie Goes To Hollywood version, not Huey Lewis), released her debut album English Rain in 2013, and has supported Ed Sheeran, Gotye and Charlie Simpson, as well as putting in a stellar performance at Glastonbury back in 2013.