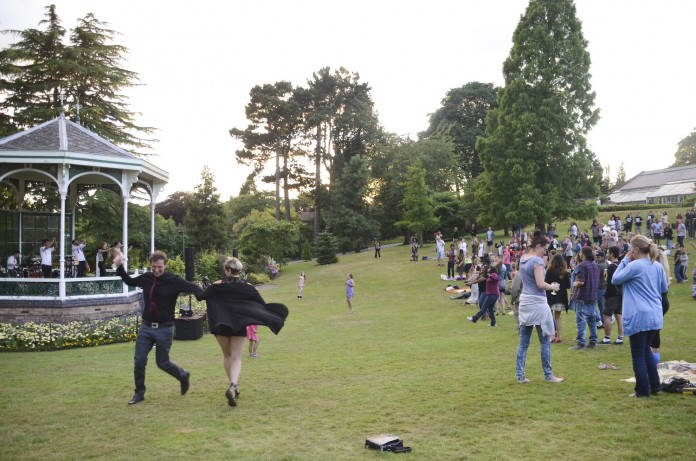 The first Brum Notes Magazine of the year is here – and it’s fair to say 2015 is looking pretty exciting already. The February issue is now available to read online and will be available to pick up in print for FREE from all your favourite haunts and hotspots across Birmingham and the West Midlands.

This month, we meet Oregon indie-folk stalwarts The Decemberists, who make a very welcome return after a recharging their creative batteries for a few years.

We also catch up with another indie icon whose own creativity shows no signs of waning, as we talk to former Supergrass frontman Gaz Coombes about his excellent new solo record. 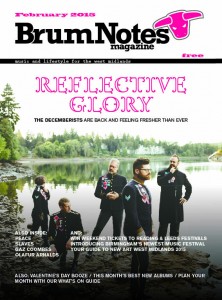 Also in this month’s magazine, we thrash about with two punk outfits at opposite ends of their career timelines, with Brum’s own hardcore icons GBH looking back on more than three decades of hard-hitting live shows, while brash young upstarts Slaves spill the beans on what it’s like getting mainstream attention.

Calming things down a little, composer and soundtrack maestro Ólafur Arnalds tries not to give away any Broadchurch plot secrets ahead of this live show at The Glee Club. Birmingham’s music scene is celebrated in all its eclectic glory as we look ahead to the first ever instalment of Levitate: Birmingham Music Week. You can also learn more about the next generation of artistic talent with our preview of New Art West Midlands 2015.

Plus, adventurous club promoters Leftfoot reflect on 15 years of leftfield club nights, we look back on January’s best gigs and look ahead to the best new albums and the best of what Birmingham has to offer for music, nightlife and culture throughout February.

And if all that wasn’t enough, read the latest edition for the chance to win a pair of weekend camping tickets to this summer’s Reading & Leeds Festivals.

Phew! Who said February was boring?