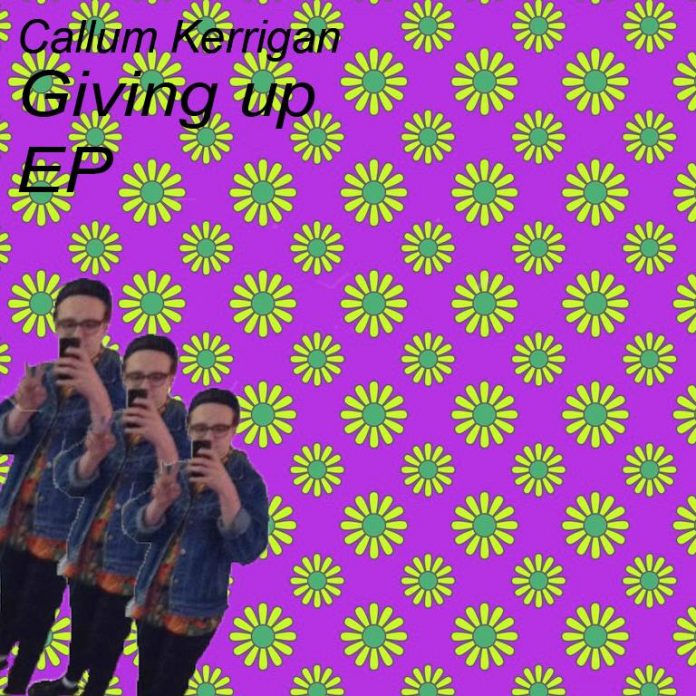 “I write the grooviest tunes Rugeley has ever heard,” Callum Kerrigan proudly states on his Soundcloud. While that eminent announcement might not turn heads to anyone outside of the Cannock conveyor belt, Kerrigan certainly does have a handy way with a tune, and the lo-fi thrums that dictate Giving Up display a maturity and wisdom way beyond his years.

Alcohol is surprisingly sobering, a delicate finger-pick of reflections and ruminations, all underpinned by Kerrigan’s brazenly British bellow. Sounding like a wearier Ben Howard (if that were possible), the song is enough for even the staunchest of drunks to reconsider that morning jolt of gin. Fortress is a little more upbeat, and is certainly a song where a full backing band would elevate its strutting staccato; here Kerrigan’s voice, already so moulded into the indie scene of the noughties, takes on full Jack Steadman proportions.

It’s always easy to compare male acoustic singers to Ed Sheeran, but it’s certainly justified on the earthy rumblings of the title track, which brings to mind the minimal live performances Sheeran often displays (or one of +’s more tender moments). While the chorus may invoke memories of gingerbread men, Kerrigan’s way with a tune shines through, as it does on the tender reflections of Eyes.

Giving Up may not be the kind of EP to elevate a bad mood, but its’ bleary-eyed but brilliant confessions are perfect for the morning after. All hail the King of Rugeley.