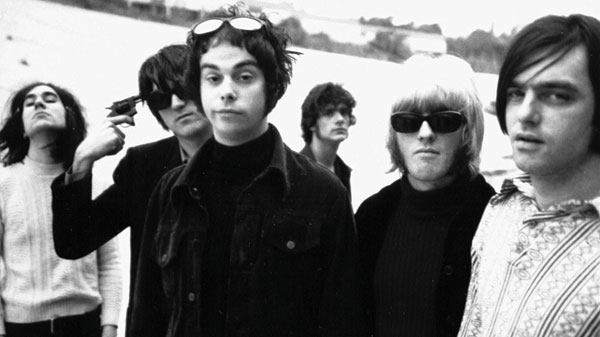 DiG!, directed by Ondi Timoner, was originally released in 2004, chronicling the highs and lows – of which there were many – of two bands. In one corner were The Brian Jonestown Massacre, a paisley pastiche of 1960s jangle and early ’90s shoegaze, led by the mercurial Anton Newcombe. In the other, the conservative, catchy and chiselled-cheeked Dandy Warhols. Thirteen years on, Sam Lambeth takes another look at one of rock music’s most infamous films.

“It’s sad, isn’t it,” mulls Anton Newcombe. His hair is matted and greasy, his sallow skin marked by days old stubble (though thankfully bereft of those overbearing muttonchops) and his cigarette is as limp as Pete Doherty’s dick. It’s New Year’s Eve and while his fellow squatter and tambourine player, Joel Gion, is seeing in another year of hedonistic delight with The Dandy Warhols, he is sat, alone, recording an achingly raw ode to his parents. He looks to the camera. “They really were the two best friends I never had.”

This scene is perhaps the most powerful in all of DiG!, the divisive but delightful documentary of two bands destined for rock stardom, but curtailed by their own chemical dependencies. The shots of BJM frontman Newcombe recording ‘The Devil May Care (Mom & Dad Don’t) may not be as entertaining as the frequent flicks of him beating up his bandmates, but they’re all the more rewarding as they show him painstakingly and creatively lay down a series of overdubs while the rest of the population is getting their party on. 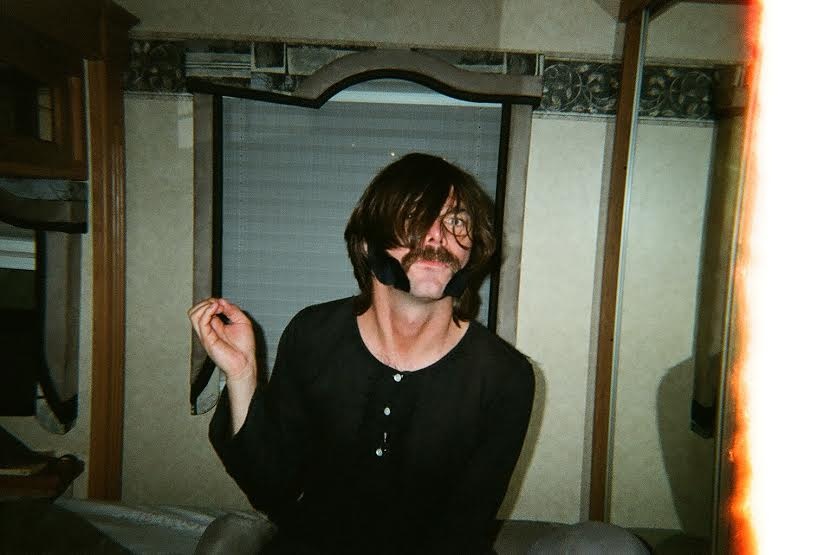 Footage from his parents could have easily slipped into mawkish pity, but as the camera freezes on Anton’s dad with the sudden slogan that he took his own life on Anton’s birthday, you realise it couldn’t have been handled any better. Almost automatically you are lost for words from such potency, and equally as quickly the audience begins to sympathise and connect the dots to Anton’s erratic personality.

Anton is, of course, his own saboteur. When not cocking his snoot to the man, he’s lowering it into a mountain of Charlie. Elekra Records come calling with the promise of a big advance and the push to the overground the rest of the band crave, Newcombe gets drunk and allows it to descend into an inter-band brawl (spawning the famous line: “he fucking broke my sitar, motherfucker”). When he eventually does get signed to indie label TVT, he descends into a damaging heroin addiction and gleefully wipes out his expenses in alcohol and drug sprees that would make Elton John baulk.

Newcombe was naturally unhappy at how the documentary came to be, sacrificing moments of elation and joy in favour of fighting, drugs and damaged egos. But arguably it did more damage to the Dandies than it did to the BJM. In the documentary, Warhols’ warhorse Courtney Taylor is clever, savvy and conservative, but also not bereft of a rock star streak of vanity. There’s a weird admiration of Anton that goes far beyond older brother cool, Taylor visibly in awe at the prolific output of Newcombe and his refusal to be bent over by the major label squares.

After DiG! was released, The BJM would not release another album for four years (pretty shocking considering they released three LPs solely in 1996). The Dandy Warhols were meant to be on an upward swing. 2003’s Welcome to the Monkeyhouse was sleek and trendy, albeit lacking the emotional core and organic skills of its globe-gobbling predecessor. They were wary, but expected the momentum to stay positive. Their reaction to DiG! was to revel in rock and roll excess, releasing the bloated, self-indulgent stoner rock of Odditorium or Warlords of Mars in 2005. The record effectively killed off any commercial clout the group had, saw them finally part ways with Capitol Records and down a rabbit hole of inconsistent albums and shaky live performances. 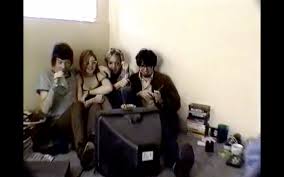 There are people that come out of the documentary well – Joel remains a gurning, dysfunctional comedy character, the jester-like ying to Anton’s raging yang. Matt Hollywood’s role in the BJM should never be underestimated – he was the young buck, the sensible…ish stalwart who was learning from Anton’s mistakes and actually putting in the time. But even his Herculean efforts in making 1998’s Strung Out in Heaven proved in vain, as Anton injected into his far too often.

The documentary displays the lack of clarity and focus that mired 1990s record culture. Worryingly large wads of cash were signed away passively on things like kitsch video shoots, horrifically out-of-date photo sessions and lengthy recording retreats. Labels would happily blow tonnes of cash for one successful record, rather than evening out their investments and plateauing. The ’90s were the best chance the BJM had of ‘going big’, but in perpetually pissing away their golden handshakes, they’ve kept long-term reverence.

DiG! is by no means a classic, but nor are The Brian Jonestown Massacre. Eternal cultdom suits them, even if perhaps that was never the plan. For the Dandy Warhols, the post-DiG! dirge may have curtailed with 2016’s Distortland, but the hits dried up along with Anton’s drinking habit.