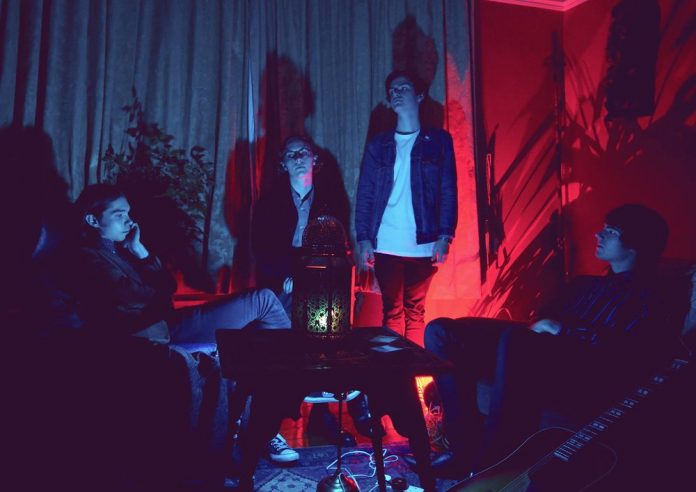 “It’s about a wizard who takes you away in the middle of night, and loads of weird shit starts happening.” That’s the accompanying gambit to The Lizards‘ latest lounge-filler. It may be leftfield, but on the evidence of ‘Houdini’, who wants normal?

Beginning with a booming bassline and a Parrots-esque laconic guitar coda, ‘Houdini’, which blends a sun-kissed, six-string chug with a twisty, tumultuous solo, Cameron Harris’ tongue-in-cheek drawl is dressed in hazy distortion as it merges meticulously with waves of patterned jangle and the kind of delicious wig-out Anton Newcombe used to do back in the mid-1990s.

The Lizards have already gathered some enviable support slots with up-and-coming bands, and tonight will support Palm Honey in Birmingham, with upcoming shows with the likes of Cabbage giving their credit even more clout.