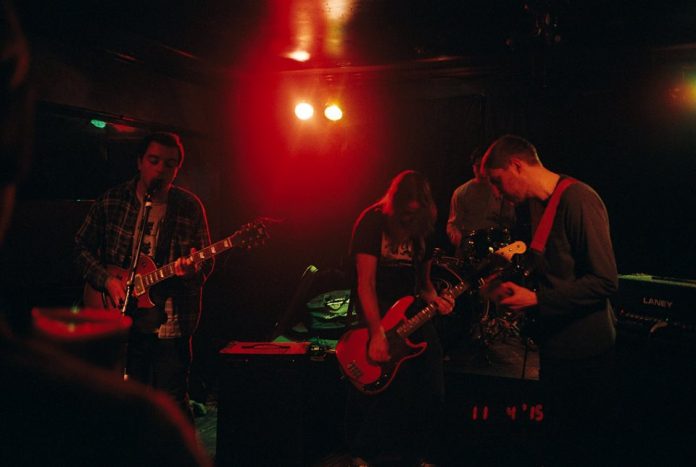 Nettles can create a tingling sensation that dawdles as well as displeases; on one hand, it’s an irritating itch that permeates the skin on a wet morning hike, but on another there’s a perverse pleasure in letting it linger. Birmingham rockers Jaded know this feeling all too well, and their sadistic satisfaction is yielding some fine fretwork.

Using nettles is a neat intertextual technique for the four-piece; heartbreak can sting just as strongly as a shrub, and the pain can’t be wiped away with a dock leaf. “I still don’t understand, I can’t seem to move past where you left me,” they whine over a well-worn, ragged riff that’s ripped straight from the proto-emo rulebook. “How can I forget, when I’m left to make sense of the change in you,” comes the cry as the drums barrel with brutish angst and typically taut, anguished arpeggios.

Sounding like The Xcerts, a slightly more caffeinated Brand New and maybe even early Biffy Clyro, ‘Nettles’ combine trad-rock, anthemic vocals with jagged shards of guitar melody that puncture the skin as successfully, and as satisfactorily, as a fresh thatch. Best start pissing, boys, cos that’s the only relief you’re gonna get.

Look out for the band’s forthcoming EP, with a fittingly forlorn title of Under Autumn Shade, which is due for release on October 25. ‘Nettles’ also has a striking video, which, thankfully, does include some fleeting shots of nettles for those concerned the song had betrayed its horticultural heritage. View it below: