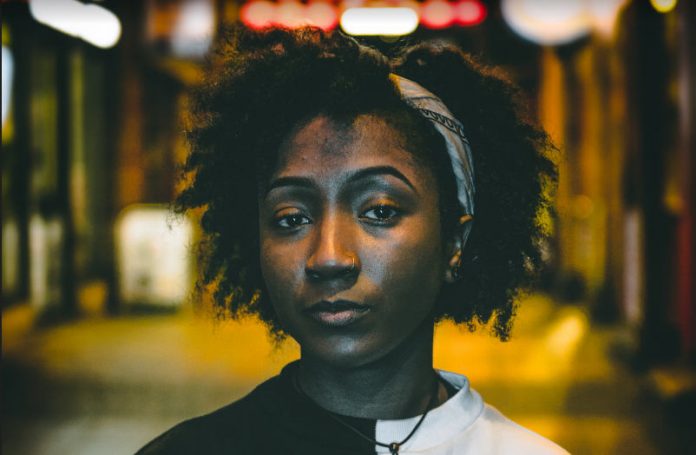 Birmingham rapper Lady Sanity has announced she has a new track dropping on Friday 28 February 2020.

Entitled Time And Space, it follows the autumn’s unapologetic and tough Trappin.

Lady Sanity has had a great start to the year. A recipient of a Drake Yolanda Prize 2019, awarded to emerging artists she’s appeared at their end-of-year award show in London, headlined a Discover Birmingham 2020 show at the Sunflower Lounge in January, and is about to tour alongside such luminaries as James Brown’s former Musical Director Pee Wee Ellis, Omar, China Brown, Camilla George and Dennis Rollins with Funk: A Music Revolution – a celebration of the roots and legacy of funk music from the late 1960s to present day (which visits nearby Warwick Arts Centre on Monday 2 March 2020 – buy tickets).

She’s also returning to the now relocated MADE Festival (1 August), which is headlined by The Streets, and has moved from Birmingham to Sandwell.

She’s been tipped for great things for several years now, but could 2020 finally be the year Lady Sanity explodes?